Jackie May: “Fashion weeks are more important now than ever before”

When SA Fashion Week opened a few weeks ago it was against the backdrop of United Kingdom’s Extinction Rebellion calling for an end to London Fashion Week and a boycott of fashion. Questions were raised about the relevance of fashion weeks. Should we host big productions with heavy carbon footprints in a developing country, especially one with extraordinarily high inequality? What, some wondered, is the purpose of a luxury fashion industry in a country faced with a multitude of complex environmental, social and economic problems?

We need to think carefully about our priorities

Premilla Murcott from Extinction Rebellion South Africa says that we need to think carefully about our priorities. “Over 41 million people in Southern Africa face food shortages next year. Rivers and dams are drying up and the number of climate refugees increases every day.”

The South African textile and clothing industry has experienced the devastating effect of cheap international imports. Since 1994, three quarters of clothing manufacturing jobs have been lost, with the 2000s described as a “jobs bloodbath”. Currently the official unemployment rate is 29%, but is closer to 40% when you include people who have given up looking.

Even though designers and brands worldwide are rethinking their practices, Extinction Rebellion UK believes the problem lies with the promotion of seasonal trends “adding pressure to relentlessly create new fashion from new materials”. The organisation has stated that, “The industry travels to global destinations to parade, see, and buy fashion”.  This, it believes, results in the consumption of fast fashion.

Despite all this, the consensus in South Africa is that we should invest in the industry and that fashion weeks play an important part in this process. Last month the retail, clothing, textile, footwear and leather masterplan was signed by all stakeholders in South Africa. It offers a framework for the future growth and sustainability of the industry. Government has committed to stamping out illegal imports, while retailers have committed to increasing local procurement of clothing, textile, footwear and leather goods from 24% up to 65% by 2030. The goal is to create more than 120,000 new jobs.

When the South African designer, Thebe Magugu, was announced as the winner of the LVMH Prize in September, there was a moment of excitement about the potential of our industry. Magugu’s work exemplifies carefully considered materials, craftsmanship, cultural storytelling and transparency. His agent, Annette Pringle-Kölsch, believes it is important to the industry and fashion professionals to showcase brands, talent and manufacturing skills at fashion weeks if it is to access export markets and grow more quickly.

Recognising this, Murcott says that Extinction Rebellion SA appreciates the platform that fashion weeks offer designers. “We hope they draw more attention to the need for sustainable and ethical fashion.

“In a country where Western influence is so intense and overpowering, it is vital that African creatives have platforms to showcase their work and tell their stories. We call on all creatives to use their talents to draw attention to the ecological and existential crisis we all face and to come up with ways to create with love for the earth and consideration for the needs of future generations,” she says.

Shortly before the local October fashion season, SA Fashion Week, one of the two fashion weeks in the country, announced its commitment to a five-year plan to spearhead the development of a sustainable design culture by 2025. According to the director, Lucilla Booyzen, its immediate goal is to initiate a process of joint problem-solving with the designer community and the broader clothing industry. To achieve this, it will develop workshops for designers and knowledge-share with Twyg magazine and Fashion Revolution and introduce sustainability criteria to its competitions.

In her work with South African designers, Pringle-Kölsch has experienced greater success with designers who tap into new technologies, address social issues and are transparent about their value chains. “I feel sustainability is key and brands are communicating more and more to their customers what impact their business has on the environment,” she says. She uses the example of Magugu’s use of near-field communication chips in each garment of his winning LVMH prize collection, which provide full transparency of his value chain and communicate his story directly to the customer.

We can distinguish ourselves from most other brands and countries

There is a strong belief that through job creation the industry can play an important role in building our country. Since it is labour-intensive, the clothing industry uses relatively less energy per unit of output than capital intensive industries and can play an important role in greening our economy. Spokesperson for the  Southern African Clothing and Textile Union, Etienne Vlok, believes that by focussing the industry’s future growth path on sustainability, both in terms of our environmental impact and labour practices, we can distinguish ourselves from most other brands and countries. “Made in South Africa” should guarantee environmental sustainability and compliance with minimum wages and labour standards,” says Vlok.

With the government’s masterplan in place and with designers like Thebe Magugu leading the way, the future of South African fashion looks very rosy. 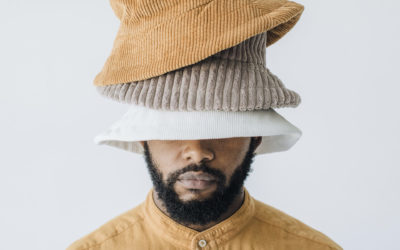 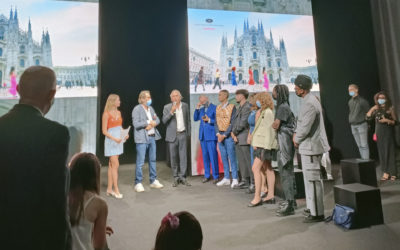 Fashion week season is not just about celebrity front rows and showcasing new collections. A new format of... 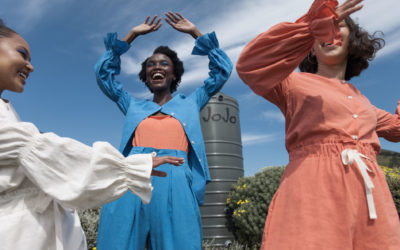