Take a moment. We’ve recently experienced one of the most blatant expressions of white supremacy on global television in recent history. At the same time, we’ve seen four Black South African fashion designers take to the world stage with history-making expressions of the state of the world using their incredible creative intellect.

The terrible and beautiful irony of this moment should not go unnoticed. While, I will not give the US president space here, we want to celebrate the designers who are creating a lasting legacy for the next generation of designers. They aren’t just designers they are storytellers. Each garment manifests the richness of culture, using patterns and colours that speak volumes about identity, politics, history and the zeitgeist.

Below we feature the four films (three fashion films and the digitised show of Maxhosa’s SS21 collection).

Last week at Milan Fashion Week Sindiso Khumalo premiered her SS21 collection, Minty, named for the childhood nickname for Harriet Tubman. WWD reports: “Tubman was born into slavery and as a child worked on the farm picking cotton. She went on to free herself, and then returned 13 times to the Underground Railroad to free over 70 slaves from the Deep South, risking her life every time. Philadelphia [Pennsylvania] was the place where slaves would cross the land and gain freedom and our video is shot in an area in South Africa that is also called Philadelphia.”

On her Instagram, Sindiso says, “People have asked me “Why Harriet and why now?” Essentially, I feel that we have to look at historical events and figures in order to understand our present. Violence against black women has been in existence since Harriet Tubman’s time and still exists today with Uyinene Mrwetyana in South Africa, Breonna Taylor in the United States and the Chibok school girls from Nigeria who were stolen by Boko Haram. These events are all linked, and the violence is still rife. Shot in Philadelphia, Cape Town, [this film] tells the story of a young girl walking freely through the land. As women, we deserve to walk freely through any landscape, or place without fear. We deserve to go to a post office, to be in our home or go to school, without fear of rape, kidnapping and death. This video is reclaiming the land, that we should be walking freely in.”

Vanessa Friedman who is the fashion Director and chief fashion critic at the New York Times calls this film “one of the best fashion films of the season, [it] told an illuminating story about the way clothes are used to conceal, reveal and otherwise create identity. It was told through the real-life accounts of men and women who were spies under South Africa’s former apartheid government. Shot as if captured on CCTV, with voice-over descriptions of how young women and men were conscripted and used, Mr. Magugu dressed his spies not in the trench coats and fedoras of pop culture imagination but in the body-conscious ribbed knits, asymmetric fan pleats and cool trouser suits of seduction.”

Rich Mnisi’s collection celebrates the VaTsonga tribe and its rich cultural heritage, while offering some casual summer beach vibes. On his YouTube channel, Rich’s says, “Our collection is not only a celebration of the tribe, but specifically her women. The collection is a call-to-action for the protection of women, especially our mothers.

Earlier this month, Laduma Ngxokolo showed the Maxhosa’s SS21 collection in at the New York Fashion Week 2020. Ngxokolo told The Plug that, “My objective was to bring about a new dawn and excitement about the upcoming local [South African] summer season, considering that, despite the global pandemic we have to endure, we have to be hopeful about reaching the light at the end of the tunnel.” 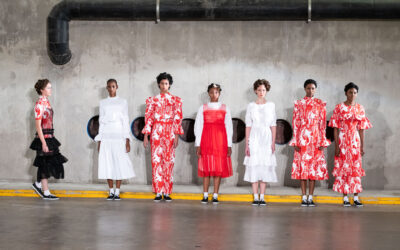 Q&A: Fikile Sokhulu became a fashion designer to bring her illustrations to life

Durban-based designer Fikile Sokhulu has been intriguing us ever since she was a fashion student at Durban University... 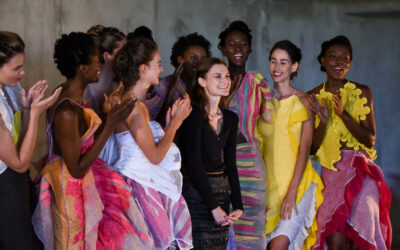 Most of my fashion upbringing happened around a runway. I started my career as an intern at Joburg Fashion Week and... 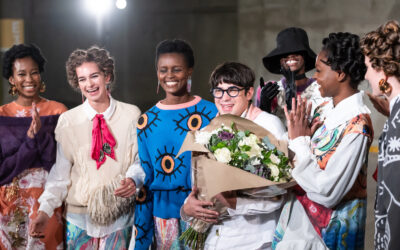