Want to know who is behind the Fashion Revolution? Meet Orsola de Castro 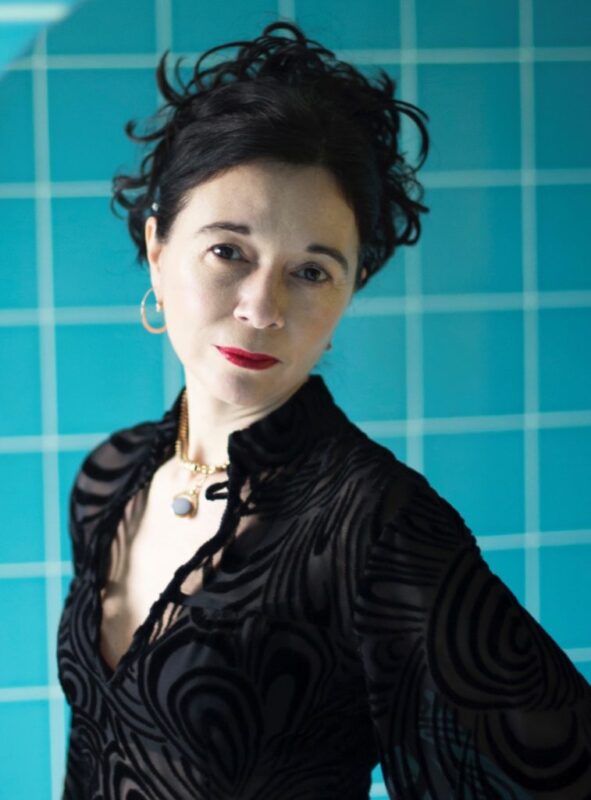 Have you wondered who is responsible for the #Whomadeyourclothes campaign? Well, meet Orsola de Castro, co-founder and creative director of Fashion Revolution. Starting today, you’ll see intensified messaging during the official Fashion Revolution Week, a campaign dedicated to growing awareness about, and pushing to change, the clothing industry.  A few weeks ago, I chatted to Orsola about her life and the work she does for the world’s largest fashion activism movement.

On 24 April 2013 the Rana Plaza building in Bangladesh collapsed, killing 1 138 people and injuring another 2 500, making it the fourth largest industrial disaster in history, according to Fashion Revolution.

The campaign has grown into a global movement of people demanding a fairer, safer and more sustainable fashion industry

It was on this day that Carry Somers invited Orsola to co-launch Fashion Revolution. Since then, the campaign has grown into a global movement of people demanding a fairer, safer and more sustainable fashion industry.

Fashion Revolution states on its website that there are approximately 75 million people who work to make our clothes. 80% of them are women between the ages of 18 and 35: “However, the majority of the people who makes clothes for the global market live in poverty, unable to afford life’s basic necessities. Many are subject to exploitation; verbal and physical abuse, working in unsafe and dirty conditions, with very little pay.” The Fashion Revolution wants you to think about how much garment workers are paid and what their lives are like. In addition, it promotes the manufacturing of sustainable fashion.

Orsola, Italian by birth but at home in Britain, had her own fashion label at the time. From Somewhere was pioneering. Launched in 1997, Orsola used offcuts  – factory scraps – many from the luxury fashion industry to create new designs.  It was a small and innovative brand which she sold in 2014 to focus on Fashion Revolution. Hers was the first fashion label, Orsola says, to use pre-consumer waste to create a clothing label. “We used luxury fabrics, that would have otherwise gone to waste.”

“We used luxury fabrics, that would have otherwise gone to waste.”

When Carry approached her with the idea of Fashion Revolution, Orsola jumped at the opportunity to co-found and become the creative director of the campaign. Orsola had founded Estetica, an initiative in association with the British Fashion Council that showcases eco-fashion brands, which she curated until 2014. Orsola is fundamentally a creative. “I was always interested in fashion creatively.  Creative thinking is very important at Fashion Revolution,” she says.

Ideas must not be orchestrated for specific showcases, but for the future

Orsola has a concern for real change, and wants to see that designers are committed to this and to the long-term impact of their work. Ideas must not be orchestrated for specific showcases, but for the future, she says. Otherwise, what’s the sense of it?

Orsola attended the fashion shows earlier this year. She started at the Lakmé Fashion Week in Mumbai, then went on to New York City, London and Paris.

“London’s fashion was beautiful, but it felt dated and mainstream. I didn’t get the feeling that the designers had a long-term vision. I had the same feeling at the Commonwealth Fashion Exchange at Buckingham Palace. Like the London Fashion Week it felt like Cinderella was at the ball. Will the designers commit to the relationships with the artisans they were paired up with for the Exchange?”

In Mumbai and New York, Orsola says, she saw some radical, subversive ideas and the conversation was more open and had a bigger audience than in the two other fashion cities.

Asked about new generation fibres, she says innovation is very important in this area and that it’s “brilliant that there is so much investment in innovation and in circularity”. There have been many breakthroughs and developments in terms of new ideas and quality, but “If you’re a young designer, you need a lot of metres of fabric. You need to be able to experiment. And these new generation fabrics are not widely available,” she says.  She cautions that many of these fabrics turn out not to be very sustainable. “Take non-organic bamboo. It was all the rage a while ago, and then discovered not to be very sustainable,” she says.

The core Fashion Revolution team is based in London.“We have a brilliant team of policy and creative people,” says Orsola. “Our creativity is what makes us shine through. Through our creative input we amplify reach and add magic to campaigns.”

Fashion Revolution reaches countries across the globe with representatives in many countries. “Most of our country co-ordinators are volunteers. There are some very strong teams as you see in Australia, South Africa and Italy,” says Orsola. In South Africa, Tammy Nicol is the national co-ordinator responsible for overseeing events and co-ordinating activations across a country with provincial representatives and multiple team members.

The campaign is only five years old, but already it is the world’s largest fashion activism movement. With its investigative research, inspiring information content and creative events, it is spreading its message.

Last year the campaign reached 150 million people with the hashtag #whomadeyourclothes. “We have broken the silence,” says Orsola. When will the work be done? “Only when we can safely say that people producing our clothes work in safe environments and are paid fairly.”

“Our work won’t be done for a while.” 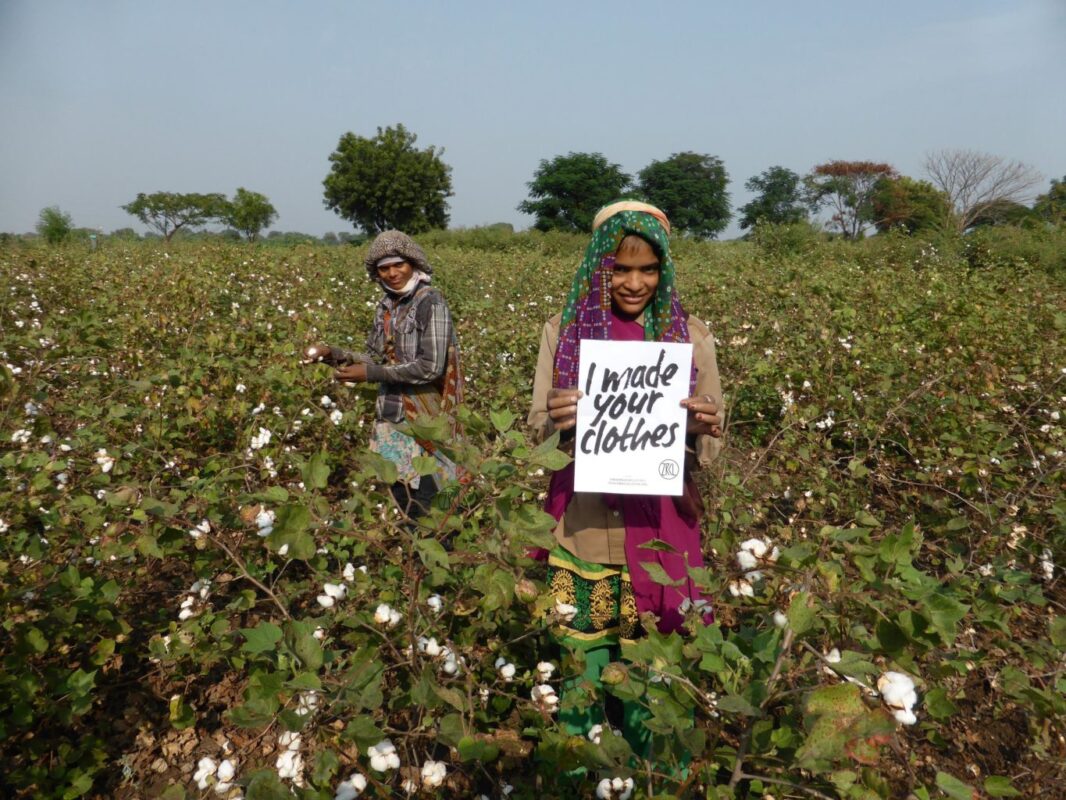 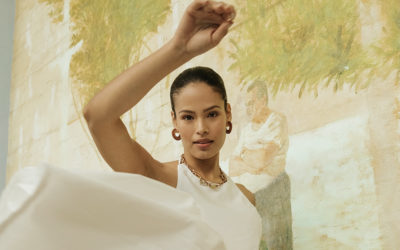 The PICHULIK headquarters is a gallery, office and design space on the bustling corner of Harrington and Albertus... 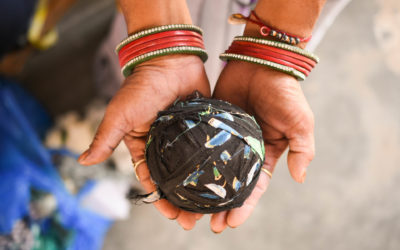 Fashion offers creative responses to its environmental impact for COP26 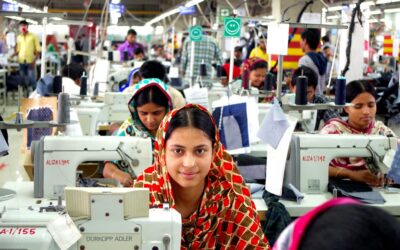 8 years after the Rana Plaza tragedy, Bangladesh’s garment workers are still bottom of the pile