Kate Sekules: “Mending is a rebellion against the status quo”

New York-based visible mender, Kate Sekules, writes that decorative repair encompasses “a rebellion against the fashion status quo, a refusal to dress correctly, and thus a refusal to further line the pockets of a few over-rich, white male, conscience-free titans of industry”. This is an extract from her new book, Mend!.

I did not invent visible mending— nobody did. For goodness’ sake, it’s been around forever. There’s been so much mending, always, throughout history, it is bound to show occasionally. When fabrics were costly and clothes were handmade, we all preserved them for years, even generations; we had no choice. Until the nineteenth century fabrics were handwoven, too — that is, after seed was planted and grown (or flock tended), harvested, processed and spun, maybe all by the same person.

A linen cloth came into my possession complete with handwritten provenance that tells how Marie Elizabeth Damier grew the flax in Tiège, near Baden, in the late eighteenth century and how Irene Marie Vedder, fresh off the boat on Ellis Island, sewed it in 1918. This still happens routinely in remote, poor, or destabilised regions, and many a back- to- the- land textile artisan these days is experimenting with the old ways by choice. Farm to table isn’t only a food term.

During the centuries when mending was not an aesthetic choice but a necessity, obvious repair was despised as a marker of poverty rather than valued and collected as artefact or fashion inspiration. These days, fashion is quite in love with imperfection and deconstruction and patching. It has loved them at least since the 1970s, which happens to be when most home mending faded away. From the abomination that is mass-distressed denim at the low end, to the likes of Alessandro Michele’s embellished Gucci gear in haute, fashion likes the look, but it can only sell us brand- new perfect imperfection; it can never produce true mending. That is one of the best things about VM.

Decorative repair is intensely personal and artisanal. It is done by hand, ideally by you, or at least someone you know. It is not outsourced to factories. And the skills are easy to acquire: visible mending is for everyone, including the non-visual and the all- thumbs and the sewing novice. It’s experimental stitchery, mending improv, fun with thread, arty and exuberant and colourful and silly. The only way to go wrong is to say, “I can’t.” It’s a craft, but of a modern cast, more art than Etsy. There are infinite ways to execute a VM, and there will never be another one like yours. And though you will never sew two mends the same, you will evolve a style of your own— it’s as inevitable as handwriting (if you can remember how to do that).

Generally, visible mending encompasses a rebellion against the fashion status quo, a refusal to dress correctly, and thus a refusal to further line the pockets of a few over rich, white male, conscience- free titans of industry. Personally, I prefer VM militantly unpretty and I often build in deliberate mess. If a mend ends up too professional, it simply looks shop-bought — and shop-bought usually means produced in titanic factories in China, or, worse, in semi-regulated probably dangerous smaller ones in Myanmar or Djibouti (or wherever labor is currently even cheaper than in notorious Bangladesh).

But there is no rule that a VM must be a statement or a mess. As the movement grows, there are menders of all stripes including stripes. No matter how you do it, VM comes with myriad unsuspected side benefits. So, to sum up visible mending, see the list on the right. Menditation, which happens when you apply attention and mindfulness, or mendfulness, thus manipulating time, is my favourite, though the feeling of security that ensues when your elbow no longer protrudes from your old faithful sweater is not to be understated. 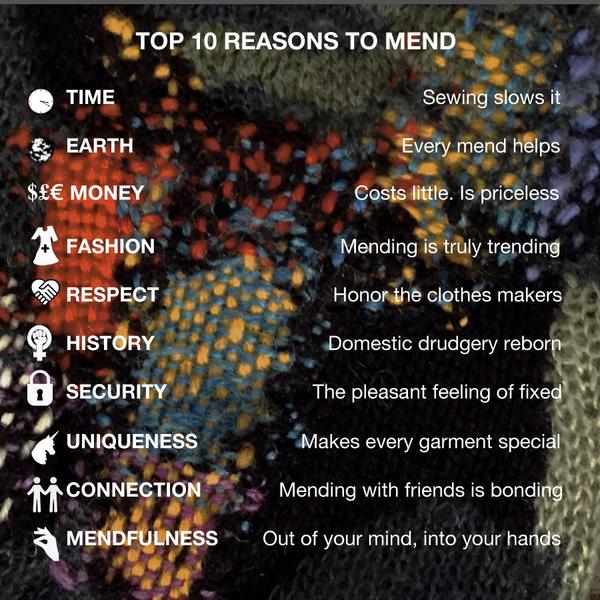 Clearly, visible mending isn’t happening in a vacuum. Those who practice it tend to be evangelists for a world outside the fashion-industrial complex, advocates of civil disobedience, feminists, antiracists—in short, humanists. If you lavish time and attention on nonessential embellishment, adding extra layers to a task that wouldn’t occur to most people to attempt in the first place, you are not doing it just for eco- warrior cred— the more likely reason than frugality when replacing the thing costs less than breakfast — but as an opportunity. We personalise, extend the story, flag the beloved oldness, and render the item priceless — though not literally, because well- VM- ed garments can fetch a good resale price in my experience, and many modern menders who take commissions are quite unable to keep up with the demand.

You love clothes, or you wouldn’t be reading, but do you know where yours came from? I don’t mean Uniqlo or “stolen from my sister,” but their fundamental origins and what it all means. Clothes can be complicated creatures. They are not inert, but become unique with wear, even from the first time we take them for a ride, and then they gain in individuality with each outing. Our collections become extensions of us (“That dress is so you!”), combining in their own special, comforting ways and routinely performing magic tricks.

One of my favourite T- shirts, for example, a 1990s Loomstate with angel wings on the back (and an extensive greasytee mend on the front) has an identical twin that rarely leaves the shelf: it inexplicably leaves me cold. Many of us own a results dress or lucky socks for sports, or a coat that’s gorgeous on the hanger but ghastly when worn.

Clothes “change our view of the world and the world’s view of us,” wrote Virginia Woolf. The “Why” of visible mending is all about that personal nature of clothes — oh, let’s not mince words, the souls of clothes. And, while extending their lives, it also acknowledges their origins.The first thing the organisation Fashion Revolution did when it formed, after more than a thousand garment workers were crushed to death in the Rana Plaza factory collapse, was ask the simple question: “Who made my clothes?” As well as a handy slogan, this question is a deceptively profound thought experiment. In my two decades as a food and travel journalist I reported on the dawning and spread of consciousness about what we put in our stomachs. It was not so long ago that terms such as farm to table, clean eating, locavore, and market driven were coined and we could no longer automatically detach the product from its origin. We need to do this with clothes.

The term fast fashion was first used in print by The New York Times in December 1989, evoking its food corollary to report on the new stores in town, including The Limited and Zara. I use the more sinister Big Fashion. Though there is a burgeoning slow fashion movement, the US fashion revolution was a bit muted at first. Partly this is because (a) much “eco- fashion” produced in response to the issues of the industry is not tasty —  it’s really expensive and just not sexy, and (b) nobody likes to be scolded.
It’s all too human to shy away from apparently insoluble problems.

The Gordian knot of issues in the fashion system is simply too depressing. We glance at the horrifying story of some industry abuse — children employed by Nike, microfibre ocean pollution— then look down at our performance fibre leggings and the swoosh on our new sneakers, feel a stab of guilt, and head to the gym. Who can afford to dress correctly? Where do you even get those clothes? How can you tell what’s been made ethically? What difference does it make anyway?

Neither are you off the hook if you’re a designer dresser, not once you’ve heard the industry’s not- so- secret that most luxury- label clothes are produced in the exact same factories as their cheaper sisters, and those factories are trashing the planet about as much as your car is. It’s all enough to make you run the other way— straight to your phone for some comfort shopping. Fashion isn’t meant to make us feel guilty, confused, and angry. We need fashion to make us feel good. 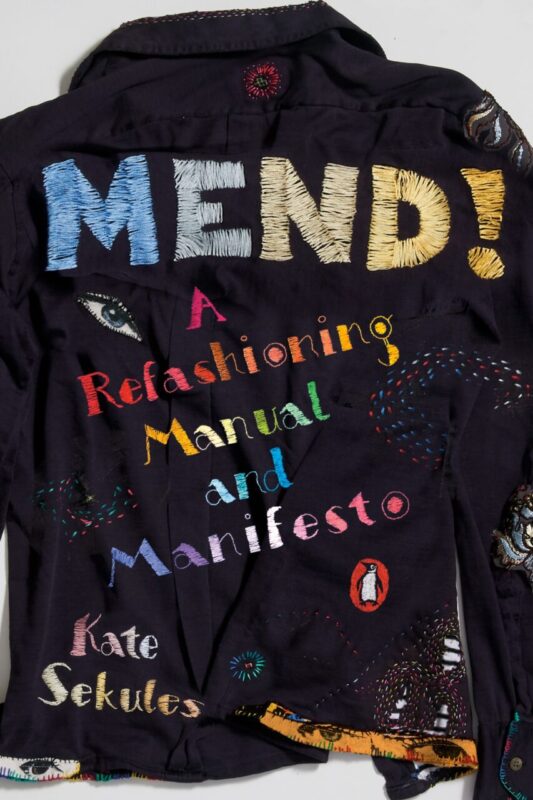 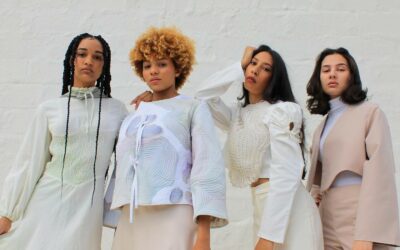 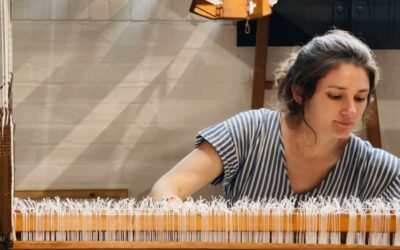 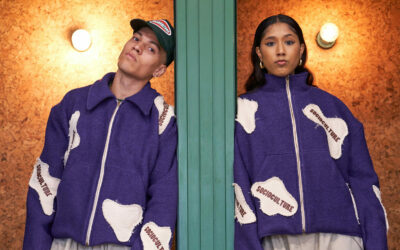