In celebration of Earth day we have compiled this list of must-see environmental documentaries. Some are newly released, others are older, but highly recommended. If you’re not out in nature, experiencing the abundance of ecosystem services it offers us, then watch these documentaries. They highlight how humanity can deal with the changes we have caused, what these changes are costing us and what they will cost future generations.

Not On Our Soil (full documentary here)

A locally produced documentary by the African Climate Reality Project team and ReWild Africa titled Not On Our Soil – A Climate Justice Reality, explores climate justice issues in South Africa, and the active citizens using their voices to advocate for a sustainable and equitable future. The docuseries includes five shorter character-driven episodes, and one longer feature film that encompasses all of the characters and stories, with previously unseen characters introduced. It was released last week, a few days ahead of Earth Day. (The main image features Lisakhanya Mathiso.)

When Fashion Becomes a Revolution

Last year at the Twyg Sustainable Fashion Awards, Lara Klawikowski won both the Innovation Design and Materials Award and the overall Changemaker Award. In this film produced by the Cape Town Fashion Council, she explains her processes and why she has chosen to work with plastic.

The Story of Plastic

The Story of Plastic (Animated Short) pulls back the curtain on the plastic pollution headlines, revealing the true causes and consequences of the global plastics crisis. To watch the full documentary and take action for a plastic-free future, visit The Story of Stuff Project. Below is the animated short that was released the day before Earth Day 2021.

The Conscience of Clothing

Since environmental justice is not possible without social justice, we’ve added this award-winning clothing documentary by Patrick Kohl to the list. This film is a journey. It’s a mission to bring a just society to the workers of the global south and doing so by starting a movement. In November 2019, the filmmakers sent two German social media influencers into the heart of Cambodian garment industry. Over 30 days they went on the search for #WhoMadeMyClothes. The film is available to watch here until the end of Fashion Revolution Week (25 April). Watch it here in full.

Released ahead of Earth day and narrated by 94-year-old David Attenborough, this documentary features data footage collected recently from South Africa to Alaska. It assesses the consequences of the pandemic on the planet, offering a silver lining to a year many would rather forget. Below is the trailer, and you can watch the film now on Apple TV+ here.

Most of you would have watched this award-winning South African film about Craig Foster’s relationship with an octopus. But in case you haven’t, here it is. Craig, who is a filmmaker, forges an unusual friendship with an octopus living in a South African kelp forest near Simonstown, Cape Town. After years of swimming every day in the ocean at the tip of Africa, Craig meets an unlikely teacher: a young octopus who displays remarkable curiosity. Visiting her den and tracking her movements for months on end he eventually wins the animal’s trust and they develop a never before seen bond between human and wild animal. You can watch the film in this link, and the trailer below.

Woody Harrelson narrates this 2020 documentary that sheds light on a “new, old approach” which takes a look at a solution to climate change. The actor says the solution “is right under our feet, and it’s as old as dirt” –  home soil has a critical ability to sequester carbon from the atmosphere and stabilise Earth’s climate. Watch the film on Netflix here.

An eye-opening documentary filmed across the globe and produced and narrated by Leonardo DiCaprio, it focuses on many never-before-seen solutions designed to slow down our escalating environmental crisis. The film goes beyond current climate change narratives and focuses on the cutting-edge research behind today’s climate science and innovations aimed at reducing carbon in the atmosphere. Watch the full documentary below.

Although this is a 2017 film, if you haven’t watched it, we highly recommend that you do. Directed by David McIlvride and Roger Williams, narrated by Jason Priestly, this documentary inspects the horrifying secrets behind how our clothes are made and the destruction of our rivers and its effects on humanity.

Let us know of other movies that you’ve watched and that you recommend. 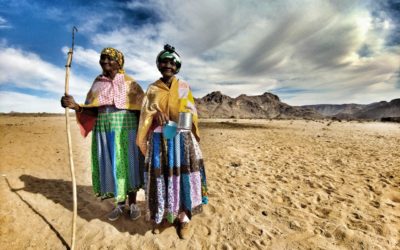 Indigenous Footprint: An exhibition of photographs that contributes to a new narrative

The stories and histories of indigenous people have been ignored from our mainstream national narrative for too long.... 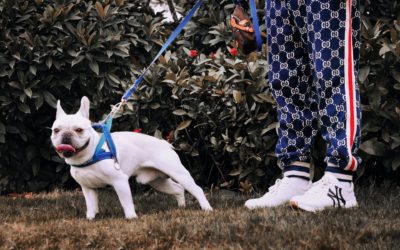 Separating real from fake: The case of the Fake Gucci IG page

Scrolling through Instagram, you’re bound to see local influencers and celebrities wearing the best that Sandton’s... 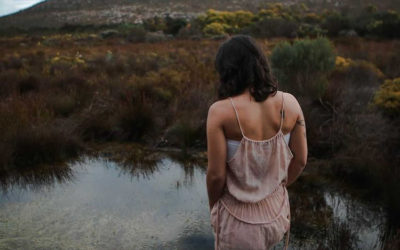 Follow the fashion trend and learn to eco-dye your clothing

As awareness of climate change, human rights and the importance to protect biodiversity increases, more and more...