Although it’s widely used in African traditional medicine, modern science is only beginning to appreciate the remarkable pharmaceutical and cosmetic applications of the plant Myrothamnus flabellifolia. This is why designer, Giorgio Armani, chose it as the main ingredient in his skincare range, Crema Nera.

Known as Uvukakwabafile in isiZulu, Umazifisi in isiNdebele and Mufandichumuka in Shona, M. flabellifolia is believed to be one of the most ancient plants on our planet. Its name in the indigenous languages where it grows translates roughly as “awake from the dead”, an appropriate name for a plant that can dry out almost completely and survive.

For Jill Farrant, professor of molecular and cell biology at the University of Cape Town and scientific advisor to Giorgio Armani, it is vital that as we learn more about this plant’s valuable properties, we also ensure its harvesting is sustainable and that the communities from where it comes benefit from its use.

Jill and the resurrection plants

“You can literally track my career in resurrection plants by tracking my career at UCT,” says Farrant.

She rediscovered resurrection plants when, as a lecturer at UCT in 1993, she was asked to examine a PhD thesis that looked at four plants, one of which had the incredible ability to lose nearly all its water and still survive. This prompted a memory for Farrant of when she was nine years old, playing on her father’s farm in Limpopo. She discovered a plant that she thought was dead but bloomed to life again after the rain.

M. flabellifolia contains the greatest number of antioxidants Farrant has ever seen in a plant

“I still have the little paper diary that I wrote it in,” laughs Farrant. At the time, she told her father about it, who dismissed it as a child’s fantasy, and she dismissed it too.

But resurrection plants, as the group is now known, were not done with her. On rediscovering this miracle plant, Farrant shifted the focus of her research to understanding them. Resurrection plants can lose up to 95% of their water and appear completely dead, but bloom back to life in as little as 12 hours after rain.

Today, a high proportion of papers published about resurrection plants are from Farrant’s laboratory, a relatively under-resourced facility compared to those of her colleagues in Europe. “But I am lucky,” says Farrant. “Of the 135 resurrection plants that exist, only three or four grow in Europe. The rest are in Africa.

“What makes resurrection plants in general, and M. flabellifolia in particular, so special,” she explains, “is the remarkable toolbox of chemicals they use to survive the extreme water loss and heat that would kill any other plant.

“It is these phytochemicals that serve as powerful antioxidants we can use for pharmaceuticals and cosmetics.”

The major antioxidant in M. flabellifolia protects cell membranes from damage at the microscopic level – more effectively than vitamin C.

M. flabellifolia contains the greatest number of antioxidants Farrant has ever seen in a plant, more so than so-called wonder plants like rooibos and aloe vera.

Giorgio Armani has only one skincare range, the luxury Crema Nera collection. When he began investigating ingredients he was looking for two things. First, a plant with an interesting story. And second, a plant that is on the list of ingredients allowed in skincare products in China. Aware of the importance of skincare in Chinese culture, and of course, the sheer size of the Chinese market, Armani knew he wanted to offer his products there.

M. flabellifolia ticked both boxes, and Farrant’s name came up as the most prolific researcher in the field. Armani requested Farrant be the scientific advisor on the product

“Armani’s cosmetics operates through L’Oréal,” says Farrant, “and when they reached out to me, I had just found out I was going to win the L’Oréal UNESCO Women in Science Award. The Armani team had no idea, so they were surprised and delighted at the news and it made for great marketing.”

When it does not need to produce strong antioxidants to survive, it doesn’t

Farrant even appeared in an advert with actress Cate Blanchett shot at Armani’s home on the volcanic island of Pantelleria off the coast of Sicily, Italy.

M. flabellifolia grows on rocks which it breaks down to make soil. And while the species can be grown en masse in greenhouses, studies have shown this changes the composition of the plant. In other words, when it does not need to produce strong antioxidants to survive, it doesn’t.

As interest in this plant grows, so too does the risk of extinction if it is harvested unchecked. Farrant is thus working to ensure steps are taken to protect this valuable botanical resource and remunerate the communities living with it.

As yet, South Africa does not export M. flabellifolia and Armani sources the plant from Zimbabwe, in large part because that country sells the product internationally at a very reasonable cost. As a condition of her role as scientific advisor, Farrant has requested that the plants are not sourced from South Africa unless there is investment into studies for sustainable harvesting, Despite not yet securing industry funding, Farrant has initiated studies to measure the growth and reproductive rates of M. flabellifolia, which will in due course provide sustainable harvesting practises.

Farrant is also working to ensure the farmers who will grow the plant are remunerated in accordance with its value and that royalties are paid to the elders of the communities who first discovered its medicinal properties.

Cosmetics companies other than Armani are also very interested in M. flabellifolia, and, says Farrant, these conditions for her potential co-operation will remain in place for all of them.

Farrant has had an exceptional research career, one she is adamant she achieved despite herself rather than because of herself. She was the second woman to get an A-rating from the South African National Research Foundation (NRF) and the first in the natural sciences, and one of the first researchers to be offered a prestigious Department of Science and Technology/NRF South African Research Chair.

She considers herself lucky in her career and is committed to paying that forward to underprivileged students in her lab. As part of this effort, she uses much of the income she gets from Armani and other sources to top-up the income and subsidies of her students and level the playing field as much as possible.

This article and images first appeared on UCT NEWs 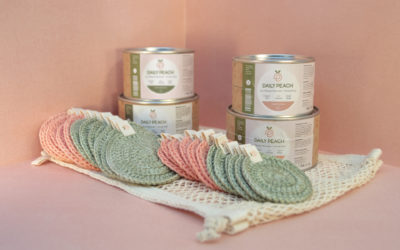 To adapt our lifestyles to become more sustainable and to help slow down global warming, innovations and products like... 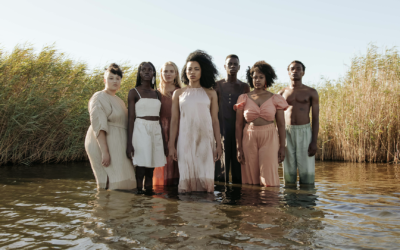 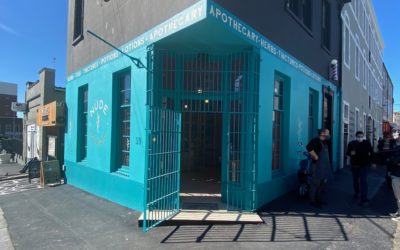 The more we learn about the chemical and plastic content of our cosmetics, and try to eliminate problem plastics, the...