The sale of used clothing is a billion-dollar global industry. According to some estimates, almost 70% of garments that are donated globally end up on the African continent.

This happens through a complex global supply chain, where donated items that cannot be sold in thrift shops in high-income countries are resold in bulk to commercial textile recyclers. The garments are then sent to sorting centres, often located in the Middle East or Eastern Europe. These are then graded and sorted into bales. The bales are in turn resold to wholesalers on the African continent.

But scholars have also highlighted the complexities of this billion-dollar industry and how these commodity chains perpetuate poverty. This has led to a pushback. In 2016, the leaders of Rwanda, Uganda, Tanzania and Burundi issued a communiqué outlining a major tariff increase on imported used clothing. The plan was to ban all imports of used clothing by 2019. But the international trade disputes that followed led most countries to back out from implementing the ban.

The pushback rested on two broad sets of arguments. First, there is a widespread belief that the popularity of used clothing contributed to the collapse of the domestic textile industry in many parts of Africa in the 1980s and 1990s. Second, the continued use of used clothing is portrayed as undignified and eroding African pride.

Nevertheless, used clothing continues to enjoy unrivalled popularity in many countries. We sought to establish why by studying the phenomenon in Malawi, where used clothes are known as “kaunjika” (meaning “clothes sold in a heap”). It is a popular and resilient business.

We found that there were important economic and social pull factors behind the popularity of used clothing. We also found little support for the viewpoint that wearing used clothing is an attack on the dignity of African citizens.

Between March 2018 and February 2020, we visited local markets and shopping malls and interacted extensively with street vendors, shop keepers, wholesalers and consumers in Blantyre, Limbe, Zomba and Lilongwe.

Our goal was to better understand the widespread popularity of used clothing in Malawi. We were able to identify a number of common factors.

Quality: Used clothes and shoes sourced from high-income countries were considered to be of far better quality than brand new items available in local markets. Customers were often willing to pay a higher price for used merchandise than comparable new items.

Clothing labels indicating where items were produced were viewed as less important than the source of the donation. For example, kaunjika sourced from China was popular with vendors and customers because of sizes and styles that were more compatible with local preferences. Many vendors also claimed that when compared to clothing produced in China for African markets, clothing that had been produced for the Chinese themselves or for Western markets was of better quality.

Affordability: Many Malawians cannot afford even the cheapest new garments sold in local stores. Used clothing can be sold at higher prices than new items, mostly to middle income consumers in urban areas. But items that are not considered to be of good quality or style continue to trickle down the supply chain. These items are then sold by vendors operating in more rural areas where consumers with lower purchasing power have even fewer alternatives.

Fashion trends: Malawian consumers cited fashion trends and the “uniqueness” of imported used clothing as important factors for buying kaunjika. This was particularly the case for the younger generation who had been exposed to international trends and popular culture through social media. People crave “the latest fashion” often not available in the local retail stores.

Low start-up costs: The buy-in costs for local vendors of used clothing were very low. This created economic opportunities in the informal economy for groups with limited resources to access start-up capital. Several vendors told us that despite starting their businesses with limited funds, they had gradually been able to expand their operations and create employment opportunities.

And although the informal sector is characterised by numerous challenges – poor working conditions, lack of social protection, child labour and loss of tax revenue, to name a few – kaunjika appeared to offer a much needed way for many to earn a living.

A recent report predicts that the global second-hand clothing market is set to double to $51 billion [nearly R950 billion] in the next five years, exceeding fast fashion within a decade.

It is still too early to tell how changing consumption patterns in high-income countries will affect used clothing markets around the world. But what appears certain is that the Malawian consumer, like many on the African continent, will continue to demand access to the same quality, styles and brands as the rest of the world, even if it means buying used clothes “sold in a heap”. 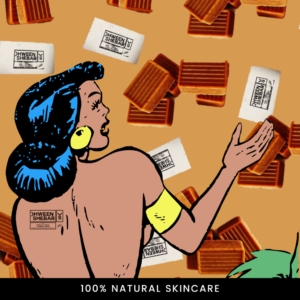 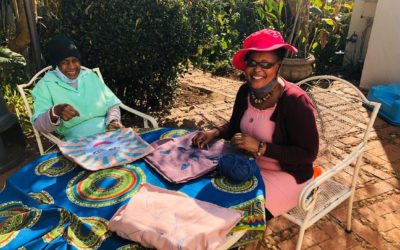 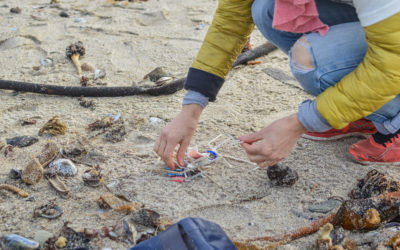 Film Review: THE STORY OF PLASTIC

Ahead of our virtual screening of THE STORY OF PLASTIC, here is a short review to encourage you to book for the 16 July 2020 event. There is a limited number of tickets available. 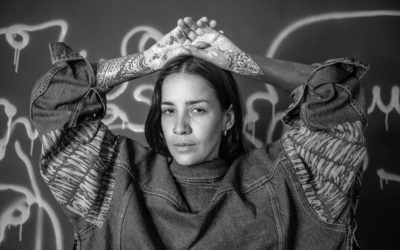 Needing change, visual artist Rose-Marie Burger moved to an isolated farm in the Northern Cape last year. There, she...