Dana Thomas: Are sewing robots good or bad for the fashion industry?

We’re familiar with the negative impact of the industry, but what about the potential solutions? In this  extract from Fashionopolis Dana Thomas explores the pros and cons of sewbots.

And they will radically change how our clothes are made and sold.

I learned about Palaniswamy “Raj” Rajan, an India-born, American-educated, Atlanta-based self- described “serial entrepreneur” during my tour of Fashion for Good in Amsterdam; he was one of the rainmakers spotlighted in the Innovation Lounge. He heads up an investment fund called CTW Venture Partners—for “change the world.”

Rajan chipped in a few million dollars, became chairman of the company, called SoftWear Automation, pulled in other financing, including more than a million dollars from the Walmart Foundation, and “turned it from a science project into a commercial product,” he told me. He christened the automatons “Sewbots,” a name he trademarked.

The Sewbots do not look human; they are boxy contraptions attached to overhead tracks, and they dart up and down the production table. To program the bots’ movements, the researchers studied “how a seamstress actually operates,” Rajan explained. “The first thing [sewers] do is use their eyes,” and based on what they see, “they do micro and macro manipulations of the fabric with their fingers and hands and elbows and feet.” The Sewbots have computer vision that analyses the cloth, discerns where to sew, then replicates those human adjustments to stitch a seam or finish an edge.

Two years later, SoftWear installed Sewbots in a north Georgia factory and began producing bathmats and towels. “Walmart, Bed, Bath and Beyond—you buy a Made in the U.S.A. bathmat, and it’ll probably be ours,” Rajan said.

In 2017, SoftWear entered into a deal with Tianyuan Garments Copany, a Chinese clothing manufacturer that is a major supplier for Adidas. In a brand-new $20 million plant in Little Rock, Arkansas, Sewbots run up T-shirts and parts of blue jeans.

“This is not a patriotic thing,” Rajan said. “It’s a business decision to make locally. With today’s trade wars, the Chinese chairman told me it is cheaper for him to make T-shirts in the US with robots than in China with people.”

“The apparel manufacturing model as it has existed for two hundred years is fundamentally broken,” Rajan explained. “You are producing goods that you don’t even know if people are going to buy, and you are producing them twelve months out,” on the other side of the globe.

“How do you become more efficient?” he asked. By creating “local supply chains that enable on-demand made-to-measure clothes.”

Sewbots can be programmed to change sewing patterns from outfit to outfit, and they are more accurate than humans — committing mistakes only 0.7 percent of the time. This all makes for less waste.

Rajan swears he will be able to get a garment from an e-commerce order to your front door in forty-eight hours if you live in close proximity to the factory, and seventy-two hours anywhere in the United States, Hawaii included. Sewbots, he predicted, will bring production back to countries that were gutted by offshoring — places like the United States, the United Kingdom, France, Japan. It’s what the researchers from Georgia Tech set out to do a decade ago.

Rajan chose T-shirts and jeans as the first to be executed by Sewbots because of the amount sold each year, he said; in the US, that would be 3.5 billion T-shirts and 520 million pairs of jeans. As he pointed out, you “need a certain volume of product to be economically viable.”

Volume is what gave birth to sweatshops.

Volume is what makes fast fashion so profitable.

Volume is what’s stuffing our closets.

Volume is what’s rotting in our landfills.

A faction in the fashion world is down on robots simply because of the potential for explosive volume. By 2021, Rajan wants the Little Rock facility to be putting out twenty four million T-shirts a year. At first. If all goes according to plan, in the next five to ten years, Rajan’s Sewbots will be producing one billion T-shirts a year in the United States.

“People buy a lot of T-shirts,” he said. On average, ten per American, per year. 2 “Someone’s got to make them,” he said.

In 2018, SoftWear partnered with Li & Fung, the Hong Kong–based global supply chain consultancy, to initiate Sewbot production of T-shirts overseas. While Li & Fung hailed the deal as a “game-changing opportunity for manufacturers and suppliers,” its group’s chief executive, Spencer Fung, was more frank. “Very soon, you’ll be able to pretty much automate the whole supply chain, which is pretty scary, especially for a lot of us sitting here,” he told a group of fellow executives and managers shortly after the announcement.

Dilys Williams, of the Centre for Sustainable Fashion, understood what he meant. “You’ve got manufacturers like Li & Fung in Hong Kong talking about using more robotics to speed up the process . . . to keep producing more and more things,” she said.

You’ve got Adidas’s “Speedfactory” in the Bavarian town of Ansbach, and a second outside of Atlanta, where shoes are cut by robots, knit by computers, and 3-D printed.

“The vision is to reduce lead times from months to weeks to days or hours,” Adidas tech innovation chief Gerd Manz explained.

The thought of it all caused Dilys Williams to drop her head into her hands in despair.

Then, there, in her stark office in the heart of Marylebone, as the despair began to overtake me, too, she snapped back up, looked squarely at me, and said:

“Maybe it will eat itself.”

In 2016, the International Labour Organization (ILO) predicted in its report ASEAN in Transformation: The Future of Jobs at Risk of Automation that up to 90 percent of workers in Southeast Asian garment factories could lose their jobs to Sewbots and other new technologies such as 3-D printing and artificial intelligence. “There are nine million sewers in the ASEAN region,” the report’s co-author Jae-Hee Chang said. “People in Cambodia we 0 spoke to basically said: ‘If there are no jobs for garment workers, there’s going to be another civil unrest in the country.’”

SoftWear’s Rajan disputes this. “Sewbots are not economically viable in countries where wages are lower than $600 a month,” he said, defensively. “Economically, it doesn’t make sense to have Sewbots in Bangladesh, and this world operates on economics.”

He believes in five to ten years, Sewbots will only command about 10 percent of apparel production, and by 2050, he guesses about 25 percent. And they will take over the crappy, monotonous jobs that nobody wants. “The age of cheap labour is going to end,” he insisted.

The rest of apparel manufacturing will still need real live people, and he maintains they will be handling reasonable tasks in cleaner, safer environments.

Take the Little Rock factory: there are four hundred employees, and they are, by and large, highly skilled and decently paid. “People tend to the robots,” he said. (On average, one human manages four bots.) There is “pre-processing, postprocessing, shipping and packing.” And there is still the need for accomplished sewers to do intricate work and hand-finishing.

But also, on the quotidian level, we have a primal urge— an instinct— to craft things by hand, and a compulsion to swathe ourselves in things made by members of our species. Anthropologists have long held forth that there are a few conditions that separate man from animals. Storytelling. Bipedalism.  And the fact that we cloth ourselves. Sewing touches the human spirit.

“It’s not only about the end result,” van Herpen told me. “Hand-sewing focuses on something microscopic and relaxes the mind.”

Technology can foster intimacy.  But it can also foster disengagement.

When the extraordinary tech revolution that was the internet made globalisation possible and clothing production shipped overseas, “people started to consume things without actually valuing them,” Dilys Williams said. “If people still had seamstresses in their families, they wouldn’t be chucking things away like they do. If you don’t have any idea about how something was made, you don’t appreciate it.” 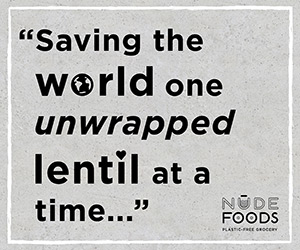 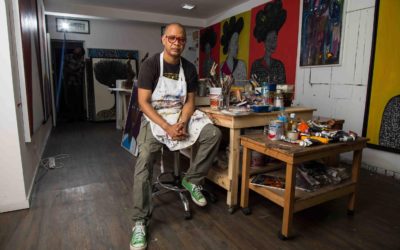 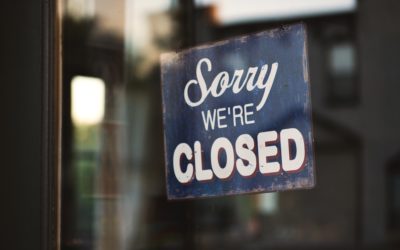 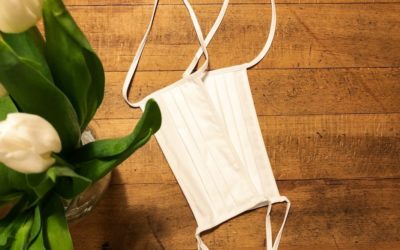