Can luxury fashion brands ever really be inclusive?

Luxury goods tend to be associated with exclusivity rather than inclusivity. But thanks to the universal scrutiny of social media and consumer activism, high-end brands are under increasing pressure to be seen as companies who care.

Some have spent large sums on initiatives which address environmental concerns, or used their expertise to help deal with the pandemic.

The Kering group (which owns Yves Saint Laurent and Alexander McQueen) has, for example, set a target to reduce greenhouse gas emissions by 50% by 2025.

In response to COVID-19, fashion house Burberry donated more than 100,000 pieces of PPE to the NHS and healthcare charities. Meanwhile, luxury firm LVMH used its perfume manufacturing facilities to make free hand sanitiser for the healthcare system in France.

Yet it remains unclear whether consumers can reconcile the exclusive nature of luxury brands – selling at prices many cannot afford – with a public image of sustainability and environmental or social awareness. A range of studies has shown that consumers are ambivalent about such efforts. Research into millennials’ attitudes showed that younger consumers even see the concepts of luxury and sustainability as contradictory.

This is understandable, for some brands’ apparent attempts to tackle societal challenges have come after they received widespread criticism for their own apparent failings.

Gucci for example, has a US$1.5 million (more than R20 million) plan to support young designers from underrepresented backgrounds. But it was launched after the brand faced accusations of racism over a jumper design.

And while Prada has spoken out against racial injustice on social media, the company has also been forced to apologise for merchandise that was deemed racist. Dior, meanwhile, launched a message of support and solidarity accompanied with a black background. But again, it comes after allegations of cultural appropriation.

A New York Times report showed that among top designers and creative directors in the fashion world, only four are black. Models and photographers from diverse backgrounds are also severely underrepresented in the luxury fashion industry.

Designer Virgil Abloh, head of men’s fashion at Louis Vuitton, is one of the few black figures to have reached the summits of a luxury brand. He has commented: “Diversity isn’t just a question of gender and ethnicity. It’s a question of experience. It brings new ideas to the table. And it would be good if the fashion industry actually listened and took them on board.”

Against this complex backdrop, we asked members of the British public for their thoughts on inclusivity campaigns from luxury brands. Overall, consumers – particularly those on lower incomes – had a negative response.

The majority of the people we surveyed (87%) believe luxury brands would fare better at becoming more inclusive by focusing on fair pay and workers’ rights.

Efforts towards climate change initiatives were also popular (79%), as were work aimed at reducing racial and gender inequality.

Respondents also welcomed the idea of luxury brands selecting partners and suppliers in response to social and political situations. For instance, Burberry’s decision to boycott cotton from the Xinjiang region of China over alleged human right abuses.

Overall, our survey suggests that – despite some progress – much remains to be done by luxury brands.

The question remains over whether an industry which revels in exclusivity can embrace inclusivity in a way that drives real societal change?

As consumers increasingly demand transition towards an inclusive society, a unique window has opened for luxury brands to become better agents of social change by aligning their missions, values and strategies to social purpose. Luxury brands are in a key position to lead business action by leveraging their cultural authority.

They have an opportunity to use their influence and actions to advance public debate and accelerate behavioural change. If they don’t take it, any gestures towards inclusivity risk being seen as nothing more than an opportunistic exercise in public relations and image. 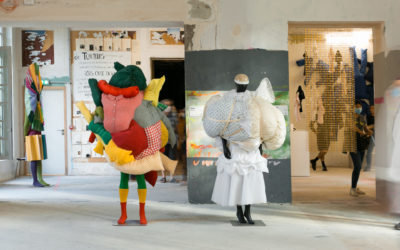 New art installation focusses on circularity, the value of existing materials and slowing down

Globally 80 billion apparel items are manufactured each year. A rubbish truck full of clothes ends up in landfill... 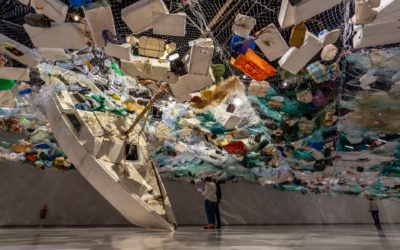 Why a single solution won’t solve our waste issue

We are facing a waste crisis, with landfills across the world at full capacity and mountains of “recycled”... 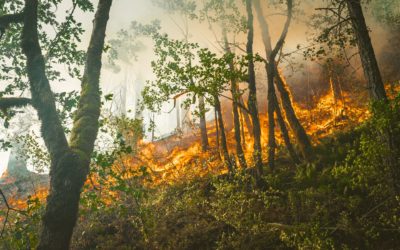