According to Zizipho Ntobongwana’s instagram bio she is decolonising sustainability. Not only is she an entrepreneur with a business that produces 100% organic cotton and biodegradable menstrual products, she is a creative director and a film producer. Last year her short film, Indlela Yethu, premiered at the Twyg Awards x Future of Fashion event. The PR for the film says it “explores the importance of caring about sustainability and climate change from a developing country perspective. By unpacking the lessons to be learnt about sustainability and slow fashion from ancient and indigenous cultures in Africa and Sweden, the film aims to debunk this idea and rather create an inclusive, relatable and locally-relevant narrative on sustainability, climate change and slow fashion.” 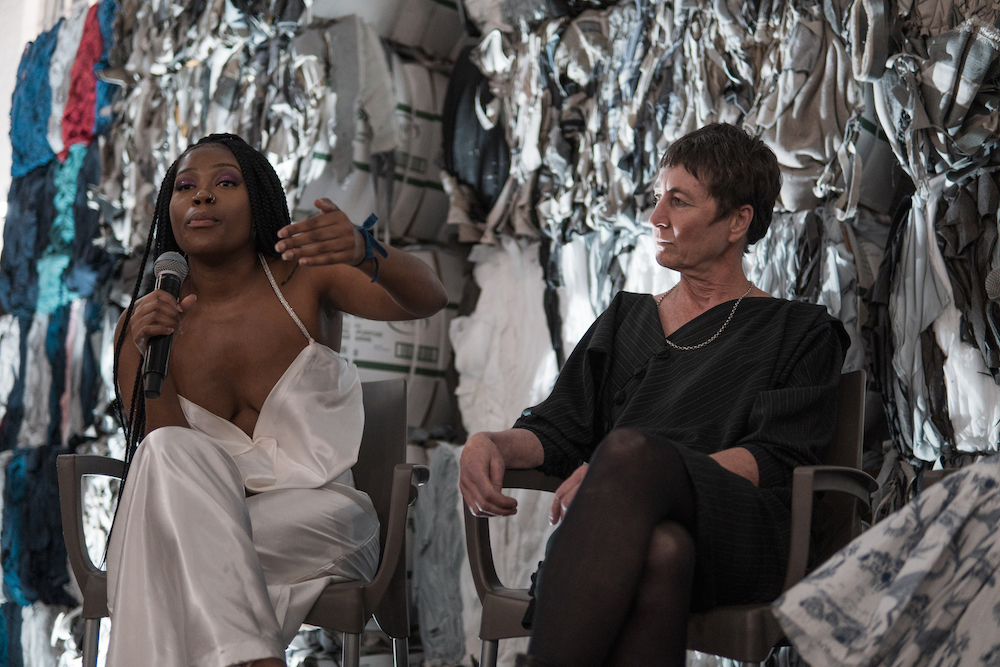 At the November premiere event, the film got a standing ovation for its contribution to the discussion about sustainability in Africa where traditional cultures have long lived in harmony with – and with a deep respect for – nature. We asked founder of Sheba Feminine and creative studio Ezlalini, Zizipho some questions about her work:

What drives and motivates you?

I am motivated by love. I allow love to lead me. Everything I do, I do from a place of love. If love isn’t the catalyst, then it isn’t worth it. Art, sustainability, reproductive and sexual health education, fashion and the advancement of African people – these are the things I love. About me: I was born in the Transkei, eMthatha a few months after the end of apartheid. My family later moved to East London and my brother and I were sent to boarding school in the early 2000’s. After high school, I pursued my Bachelor of Social Sciences at the University of Cape Town and then did my Honours in African Studies.

‘Indlela Yethu’ takes audiences to places where traditions have remained unchanged for centuries. How did they withstand colonisation?

That’s such an interesting question. I ask you though, did they withstand colonisation? Colonisation is like water, it seeps through everything and has touched everything. And even where it is not soaking wet, it is damp and sometimes just slightly moist. But, it is there. So no, I don’t think these ways withstood colonialism. I think though, when told what to do, how to think and where to go, they chose alternative options.

What word or words could we use instead of “sustainability” to make the concept easier for us to relate to and understand?

I think the simplest way any Black person can understand sustainability is by the word “UBUNTU”. The way/knowledge and common practices of the baNTU people, that have been transferred from generation to generation which in turn influence the way we live and relate to one another. Our sustainability is largely founded in our empathy and care for one another. We resource share and we respect the planet and life. Sustainability to us is social, it is environmental and it is economic. Sustainability to us is caring about ourselves, our people and our planet. We are all one.

What is the motivation for using of isiXhosa as the language of narration?

Language is an ancient technology which carries histories, stories, information, spaces etc. For example, the word above, “Ubuntu” is elongated into the phrase “umntu ngumntu ngabantu”, and just the first word carries hundreds of years of history. The root word “NTU”, shares thousands of years’ worth of knowledge from across the Afrikan continent. The use of IsiXhosa is very deliberate and allows us to have this dialogue.  Language is important. By using isiXhosa, we are sharing knowledge and history. We are also creating an archive. Our archive.

Tell us about the female narrator. And the location where her scene was filmed?

Here, I wanted to specifically highlight storytelling as a legitimate way to not only create knowledge, but to also share knowledge. Storytellers are ancient beings who are able to share information directly from our ancestors and this gift is often overlooked. Nolubabalo Rani is a teacher in Khayelitsha by day, and one half of The Balisa Nathi Storytelling Collective by night. A magical woman. This part of the film is supposed to transport you to the rural homesteads around Afrika. Regardless of where you hail from across the continent, if you are Afrikan, you can more often than not relate, or imagine the story shared here. USisi Nolubabalo, with her voice, creates a soft nest that calls us all out.

Explain the symbolism of “undalashe” (of drawing water from the river) and why you juxtaposed these images with those of water running freely from an urban bathroom tap.

Here I speak to the fact that understanding and respecting water in an ancient way, will allow us to see and use water differently.  We live on the planet with people who live many different lives and as stated, ‘umntu ngumtu ngabantu’.  And so with this in mind, will you use water the same way once you know how it impacts those around you? The red bucket is used to force the viewer to focus on how much water is taken from the water source. When we leave the water source and she puts the bucket on her head, we see the water splash and make itself known. It too wants to tell you a story. As the tap is the symbol for water in the city, the bucket is the symbol for water in the village. Often, because it seems is infinite, we feel that we need to use it all, or that things will never finish or end. Our taps never run dry and so we open them as we wish. But the bucket? The bucket represents containment. There is enough, but it must be used wisely. The imagery was not literal and should not be used as such. There’s nothing empowering about being unable to access running water, in a timely manner, and in hygienic and safe conditions. The imagery speaks to how we used to do things, but more especially why we used to do them that way. This imagery and the story is supposed to be used as a guide. We should see this way and mull over why things were done that way, and how we can use that why to develop more ethical and sustainable ways to understand and use water. 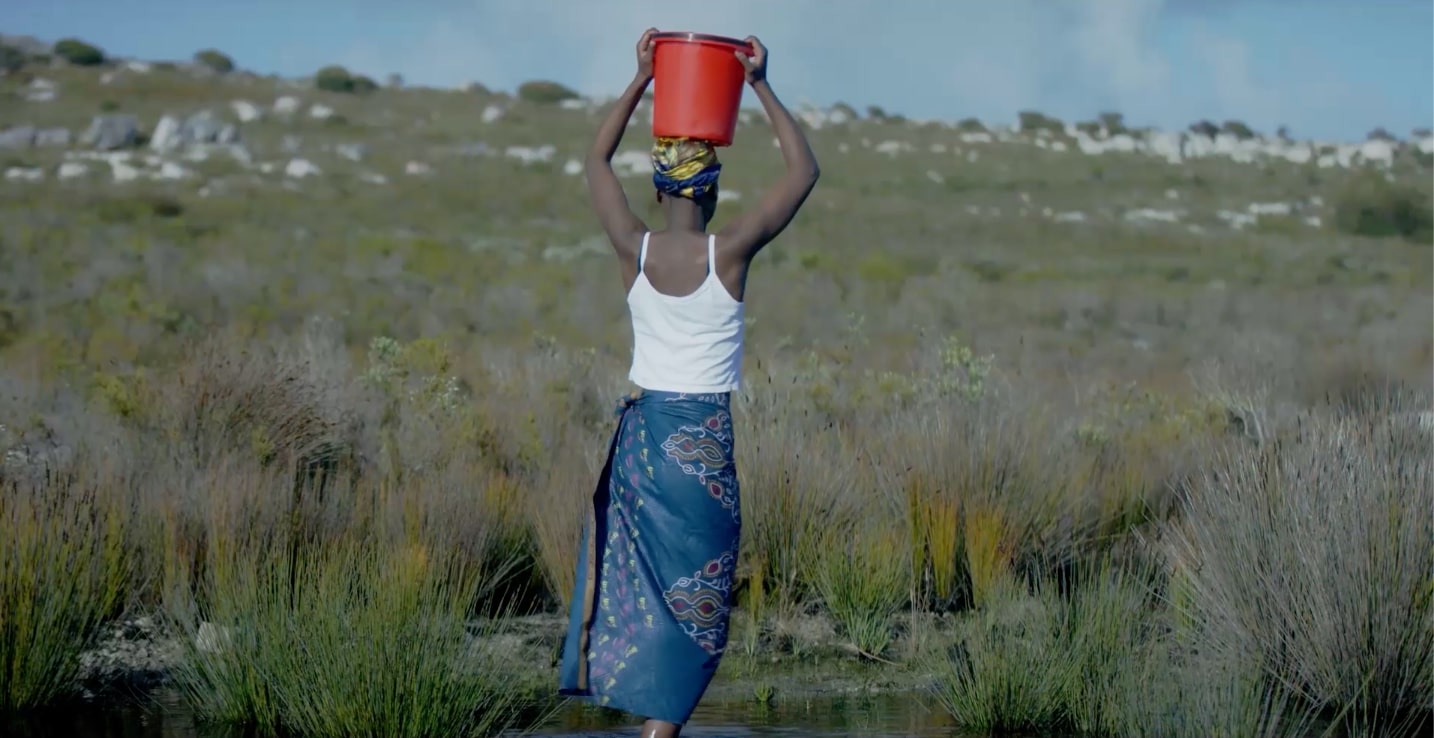 Tell us where you filmed with !’ARU |KHUISI (Piet Berendse).

Piet is a nomadic bushman who travels in the northern parts of South Africa, Namibia and Botswana. Driving through the desert we continuously stopped and Piet would tells us about the earth and land. He knew the animals living in the area, called them by the names he had given them and introduced us to them by sharing their personalities. He told us stories about how the world around him has changed and how difficult it is to remain unaffected, when politics affects his ability to eat, hunt and exist. Ultimately, no matter how remote and primitive you may want to remain, the neo-colonialists need to conquer and will disturb you.

What is the most important lesson you learned from Piet?

That there is so much beauty beyond capitalism, and what neo-colonialism brings. Piet lives such a peaceful and advanced life. It made me meditate over what we consider primitive and analyse why.

In the discussion after the film you said that the clip about the Sapeurs in Congo intended to draw attention to thrifting and secondhand clothing. As a young Xhosa woman, I’ve grown up with the belief that if I swap or wear clothes previously worn by another woman who suffers from period pains, I’ll suffer from the same period pains. How do we reconcile our traditional beliefs with what secondhand clothes carry and with the messages to share, swap and reuse clothes.

I think you did not understand my sentiment entirely. The Sapeurs in Congo were meant to speak to how we need to contextualise sustainable fashion. We need to create a more inclusive, diverse and unhinged understanding of ethical and sustainable fashion. And as long as our context remains white, and class privileged, we will fail. One of the ways sustainable fashion manifests in Congo, is to buy a luxury European piece and share it amongst your friends, then pass it on to your children. This increases a clothing piece’s lifetime. The clothes usually last. They do not believe in seasonal buying. Buy one piece you love and keep it forever. In the Congolese context, sustainable fashion means putting pressure on brands to make their clothing more sustainably and ethically. The onus needs to be on these brands to make those changes. It baffles me how “we” as people working in sustainability feel entitled to look at a culture, society and community, hundreds of years old, layered in politics, belonging etc. and tell them that what they do is not fashion because it is not sustainable. I introduced the secondhand clothing conversation because it seems to be that we see secondhand clothing from a very privileged perspective. Thrifting is not always empowering. In fact for many people it reminds them that they have no choice. For others, like those I referred to Katamanto Market in Ghana, it is the symbol of bondage and colonialism. Locating sustainable fashion on the African continent means beginning to understand alternative ideas to what sustainability looks like. 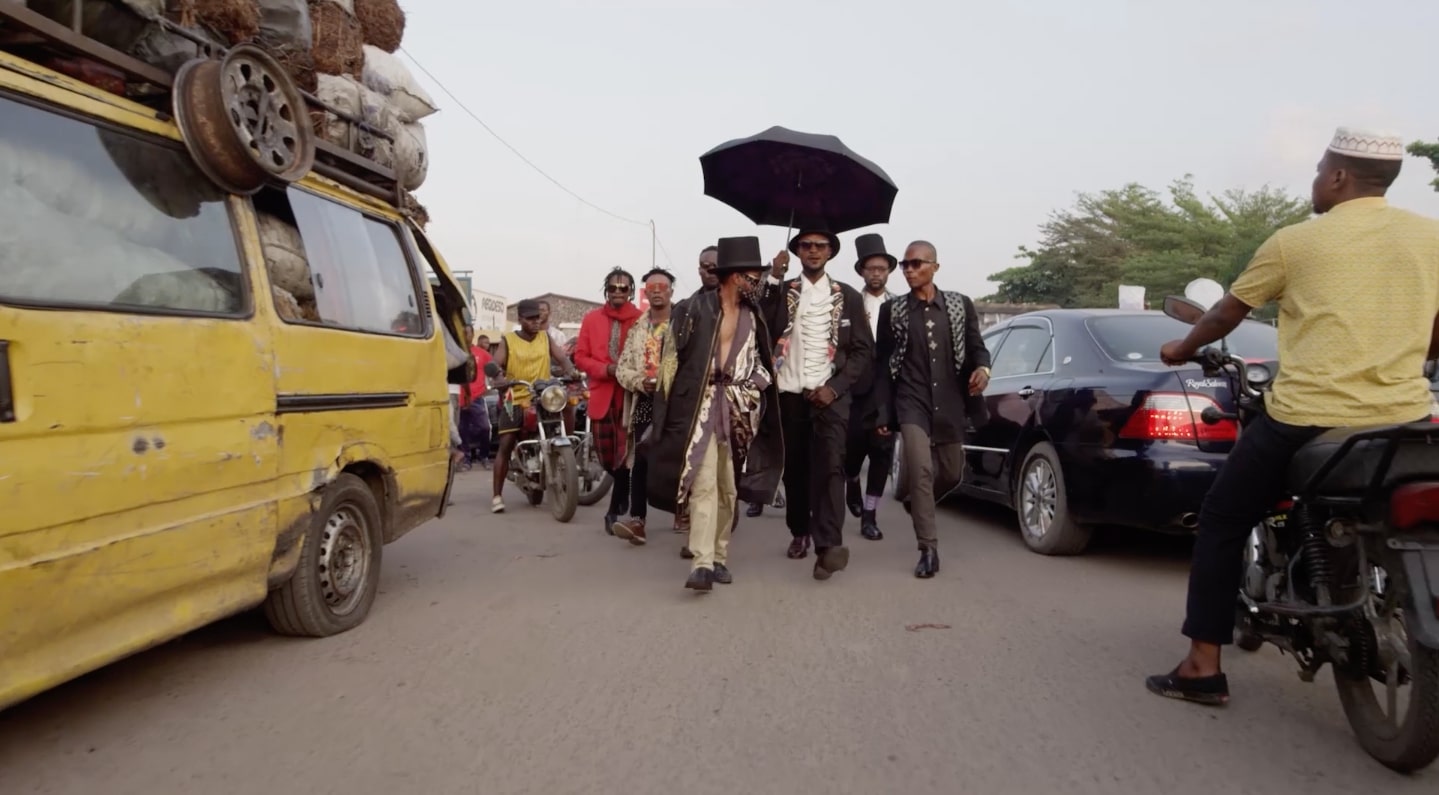 Would you say that women of colour feel empowered to challenge the systematic injustices of our world? And why now?

I don’t think we feel empowered. The systems in place as not changing. I just think we’re no longer giving people a choice. You will listen to us and hear us speak, whether you like it or not. 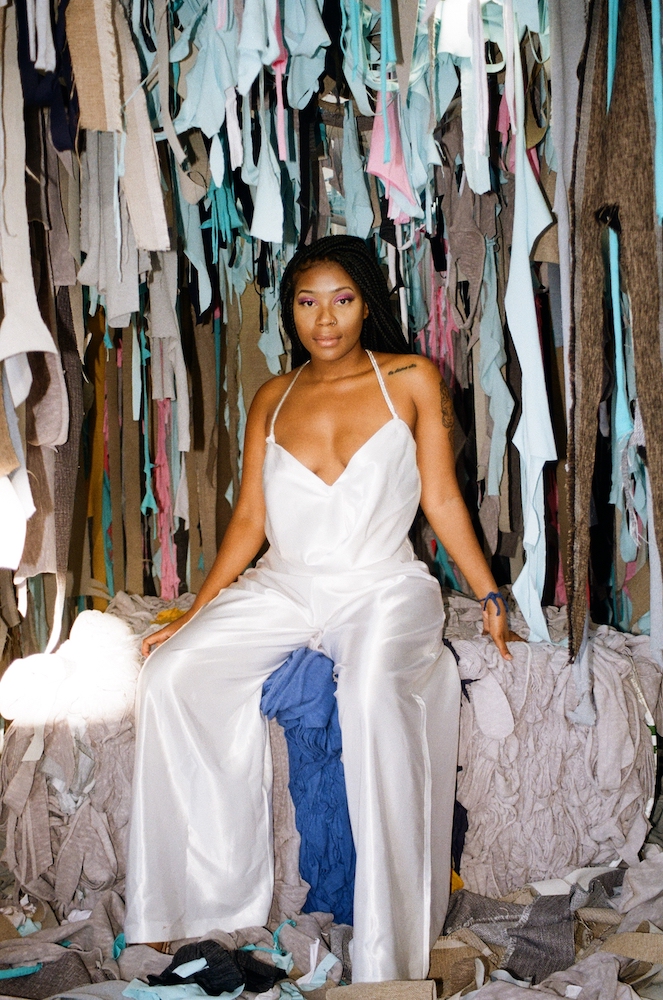 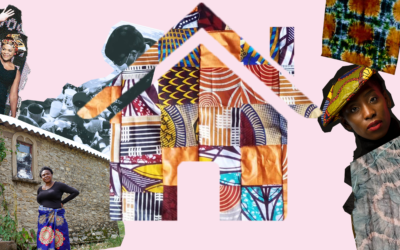 Softly spoken during most of our conversation, Betty Chilonde becomes animated when the topic turns to circularity and... 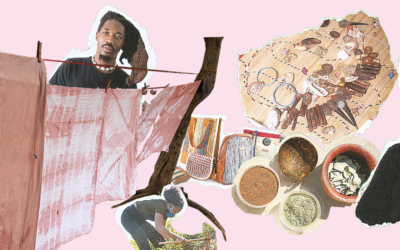 When Mozambican designer Wacy Zacarias realised that most African textiles were not really African but imports from... 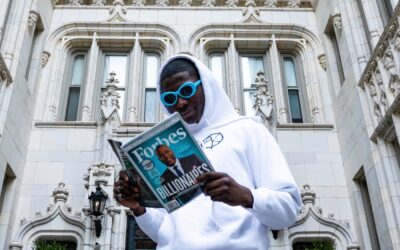 Private planes, mansions and superyachts: Why billionaires have such a massive carbon footprint

Tesla’s Elon Musk and Amazon’s Jeff Bezos have been vying for the world’s richest person ranking all year after the...