How can we design wellbeing?

In anticipation of the Open Design Afrika festival, director of design education Fatima Cassim has penned her thoughts on how to design to innovate, educate and build resilient communities. The Open Design Afrika festival enables design-enabled social change and promotes a design and entrepreneurial culture for the common good. This year it takes place virtually from 27 to 31 October.

With the insatiable quest for wellbeing and its related wellness and self-care marketing efforts (infused with feel-good ideologies) that currently flood our social media and news feeds, it’s time for the topic to rear its head on these pages. So, let’s talk about wellbeing in general and abundance in particular.

There’s no denying that abundance is an attitude. However, the “adding to cart” mentality is certainly not the type of social abundance I’m advocating here. Abundance that is related to conspicuous consumption is not innovative. A new designer handbag may induce a sense of fulfilment or even feel like a social accomplishment; but unfortunately, its effects, and by extension its affects, are ephemeral. While not denouncing the act of pampering of oneself in its entirety, have you ever reflected on the sustainability of your wellbeing actions in both independent and collective capacities? To this end, I present an alternate approach to abundance for consideration. What follows is an approach that is not characterised by consumption and accumulation, yet it maintains some of the key traits – such as balance, pro-action, creativity and collaboration – which are generally associated with developing an abundant mind-set.

A makeover without spending money

I propose that we adopt a design-led approach, rather than a consumption-led approach as an alternate driver of abundance, especially for civic wellbeing. Since wellbeing is premised on the state of balance, let’s consider how many of us strike a balance between our left-brain thinking (inductive and deductive reasoning) and right-brain thinking (abductive/design thinking) on a day-to-day basis?

Traditionally, design thinking has been relegated in favour of more scientific ways of thinking in academia and society alike. A parent’s concern about a child’s decision to pursue a tertiary education programme in the Humanities as opposed to one in Engineering or Health Science faculties is a familiar case in point. However, owing to the complex social, political and economic problems that we face nationally and internationally, it has become apparent that linear modes of reasoning are inadequate by themselves for effective problem solving. The reasoning processes that permeate the so-called hard sciences need to be complemented with the kind of big picture, iterative and reflective thinking processes that design thinking embodies. Here, the use of the term design thinking refers to a specific mode of inquiry, not merely the application of a popular five-step process that continues to enjoy widespread promotion as the panacea for innovation since it was introduced by IDEO, an influential design and innovation company with its headquarters in Silicon Valley.

It must be reiterated that there are no quick fixes. Both abundance and design thinking need to be cultivated and honed through practice and positive affirmations. Moreover, the success of a solution that results from design thinking does not hinge on absolute measures such as right and wrong. Instead, measures such as appropriateness and relevance, which are cognisant of context, become significant. The South African National Department of Health’s platform, MomConnect, is an example that can be used to explain the measure of appropriateness. Despite the existence of smart phone technology and the ubiquitous use of cellphones in South Africa, the majority of the country’s population does not own smart phones. Hence, the platform uses a USSD communication protocol (i.e. menus with short code options) as opposed to an app in order “to connect pregnant women and new mothers to vital information”. This example also illustrates that, contrary to popular belief, high-end technology should not dictate nor characterise the design-led response to an innovation need.

In order to nurture an attitude of abundance, literature on wellbeing advises that we should not focus on reactive behaviour. By protesting poor waste management in a community, for instance, and waiting for others to make things happen is unlikely to result in macro (systemic/organisational) or micro (individual) behaviour change. Alternatively, we are reminded that an abundant attitude favours foresight and proactive behaviour. In the case of the aforementioned waste management problem, a proactive citizen would go beyond protesting about the poor service delivery and asking “what if” questions, to mobilising other citizens and collectively asking questions related to “what may be” in an attempt to tackle the problem head-on. Consequently, the promotion of wellbeing and even wellness would shift from being performative and self-indulgent to being meaningful and more mindful. Such a future-focus is inherent to design thinking, thereby making its application valuable, especially when pursuing sustainable strategies for the planet and its people.

Furthermore, a proactive mind-set is underpinned by a type of hacking ethos; it does not view change as a threat rather it embraces change as an opportunity. The term hacking, coined within the context of technology and its related programming subculture, is historically associated with being a threat. Nowadays however, when preceded by the word design, the term “design hacking” connotes critical assessment of a problem and promotes a positive action in response. Scott Burnham aptly refers to design hacking as “a form of resourceful innovation” in his book, Design Hacking: Resourceful Innovation and Sustainable Self-Reliance. Relating Burnham’s sentiments to building resilient communities, a design hacking ethos speaks to the creation of abundance from limited resources. I like to refer to the ethos of design hacking as being a DIY one – Design It Yourself – which promotes the use of existing resources in creative and collaborative ways, especially in the face of uncertainty and excess.

Time to prep and prime

I am hopeful that if we work collectively and creatively to cultivate an attitude of abundance by way of design thinking, we can gradually build more resilience in our communities. In this way we can, more intentionally, change the face of the wellbeing economy’s current model – from commercial and insular to communal and circular. After all, would you say no if you were offered an opportunity for a free makeover? 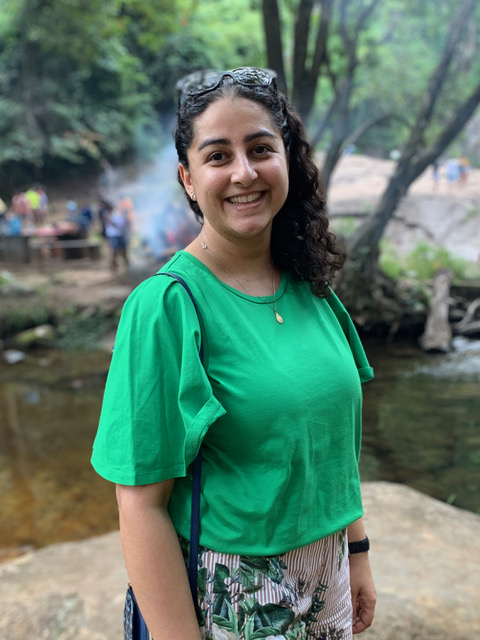 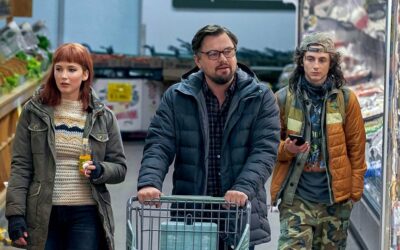 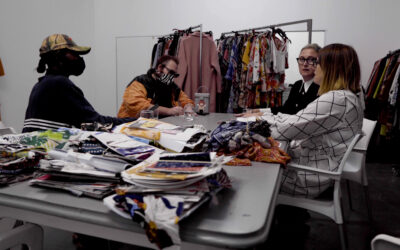