A new “urban tree” in Maboneng, Johannesburg has joined the Converse City Forests. From Bangkok to Belgrade, the century-old shoe giant, Converse is collaborating with creative communities in cities to create giant murals with a paint that eats air pollutants.

Meticulously created by Seth Pimental over four 11-hour days, the mural in Johannesburg not only comments on the collective beauty and energy pulsing through South Africa’s multiplicity of heritages, it cleans polluted air. 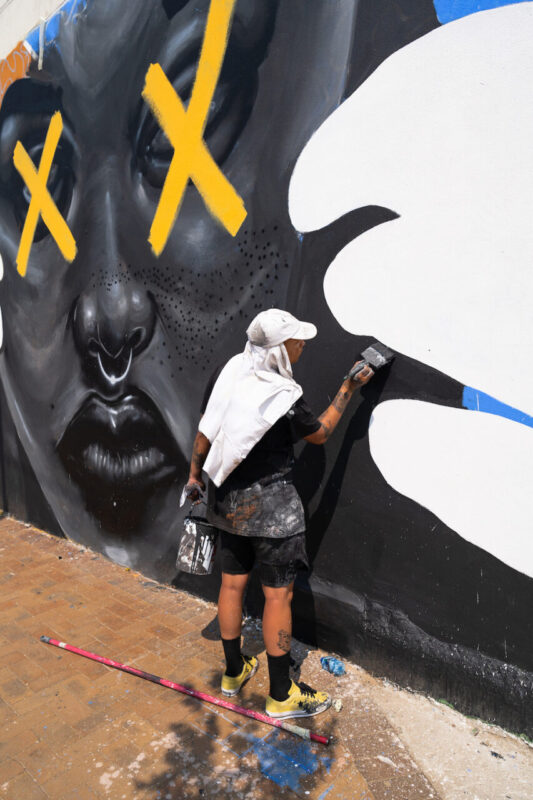 Seth, like the other artists participating in the Converse City Forests globally, used an air cleaning paint with CristalACTiV™ photocatalytic technology, the first in the world. Manufactured by KNOxOUT, the paint reacts with nitrogen oxides, which breaks down noxious pollutants and greenhouse gases from cars, factories and power stations and converts them into harmless substances.

Through this paint, the urban wall surfaces have become active air-purifiers. And this global project has the estimated equivalent air-purifying power of planting 2220 trees. 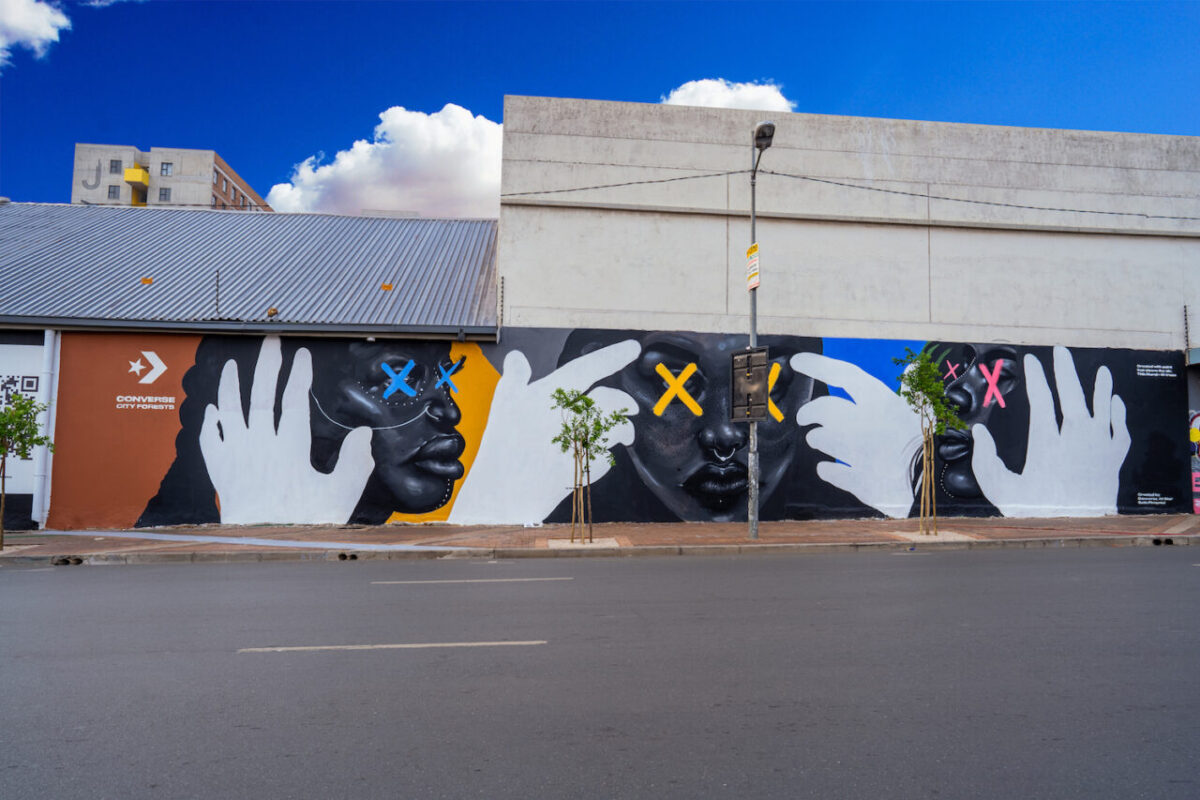 Seth who usually works in acrylic and ink creates art “to cope with existential dread”. Drawing inspiration from his surroundings and experiences, Seth’s art is a manifestation of the parallel world this has created in his mind. 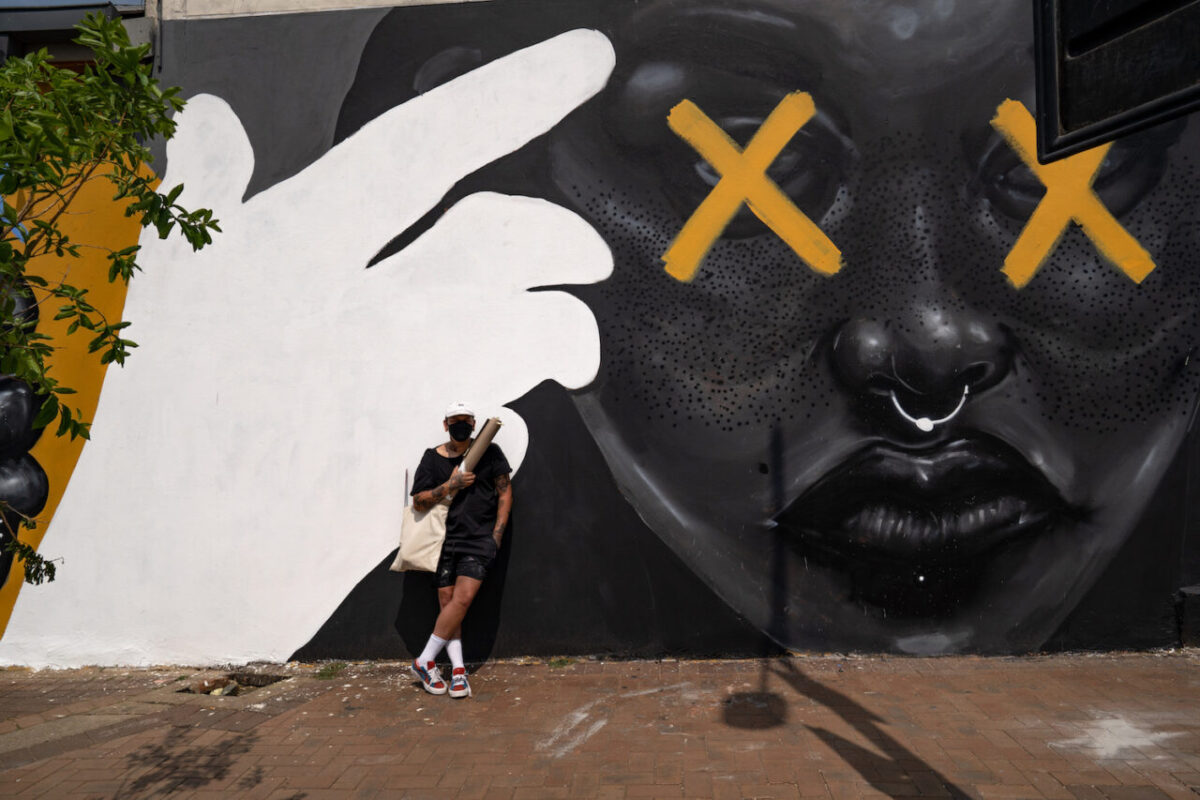 Each aspect of Seth’s piece has been meticulously thought out from startling white faces and hands, to crossed-out eyes. “The hands symbolise tangibility. It’s a common thread in my traditional work. Nothing emphasises reality more than its tangibility, its touch. It also then extends to the idea of community through a physical connection. I created this approach while working digitally. Deconstruct something to its most primal form. Shape. A silhouette. I use white because it will always contrast with whatever colour is placed behind it.”

Seth hopes that the mural in Maboneng will do what any great art piece sets out to do… evoke something.

In a video created by Converse for the project, a few of the artists interviewed had expressed initial concerns about the quality and consistency of the paint. However, artists were pleasantly surprised to find that the product had the same quality as artist-grade oil paint.

Twenty-four-year-old South African Seth Pimentel aka African Ginger can attest to this. Weighing in on the painting experience, Seth says, “The BOYSEN ® KNOxOUT paint had a very thick viscosity. It was slimy and very organic with zero odour, which was interesting to work with as regular paint smells and feels like plastic.” 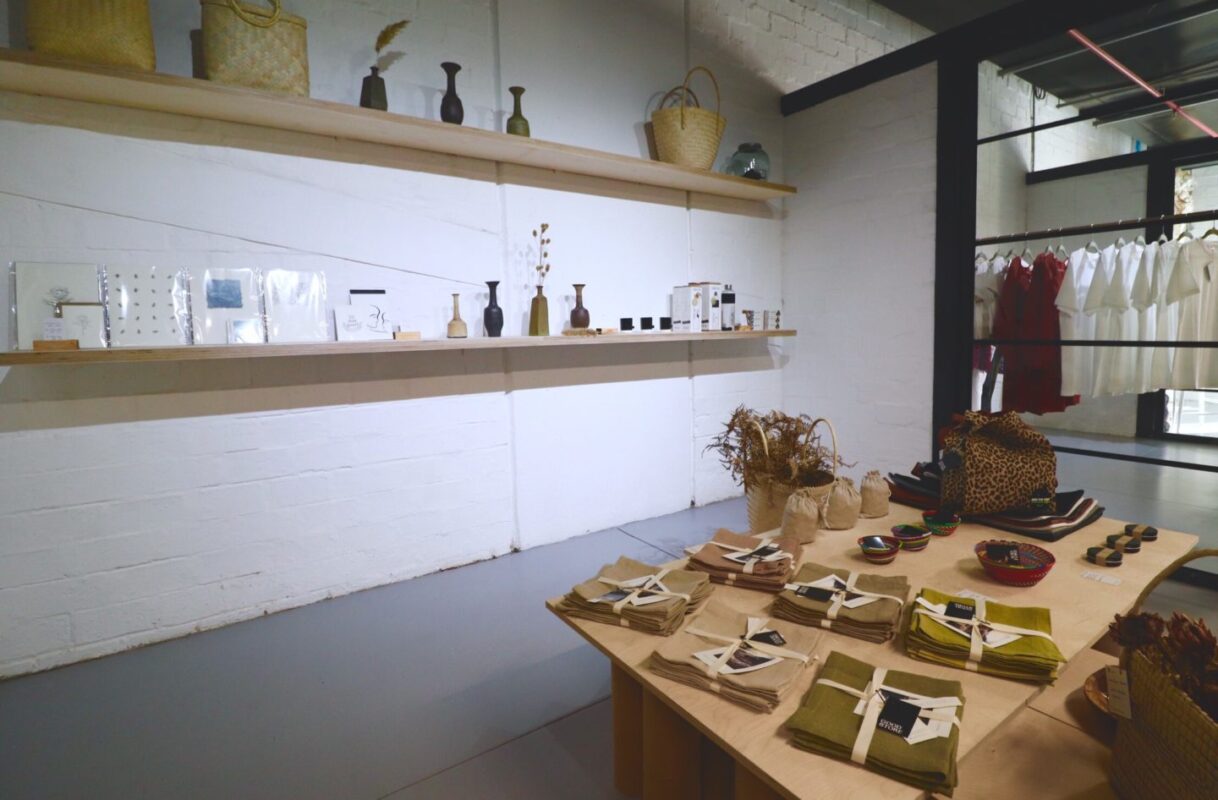 Woodstock, a bustling Cape Town suburb known for its narrow streets, urban art and tucked-away treasures, is the home...