Celebrating its 10th birthday this season, LFW is the youngest of the three platforms but, arguably, the one that has had the most global impact with South Africans identifying it as a gateway into the international community. This season, three SA brands showcased in Lagos: Wanda Lephoto, Gugu by Gugu and Ntando XV.

Orange Culture, designed by founder Adebayo Oke-Lawal, has helped forge the LFW platform’s position with his collections that always garner international attention. His latest show, titled “Peacock Riot”, used the collection to uncover stories of isolation, inclusion, and a quest for dignity. The eye-catching prints are inspired by war paints, creating a hypothetical space for activists to lobby and create space for everyone. Knits – creating movement – emphasised the playful, inclusive ethos of the collection, letting the show live up to its show notes, as a “coming together of sorts”. 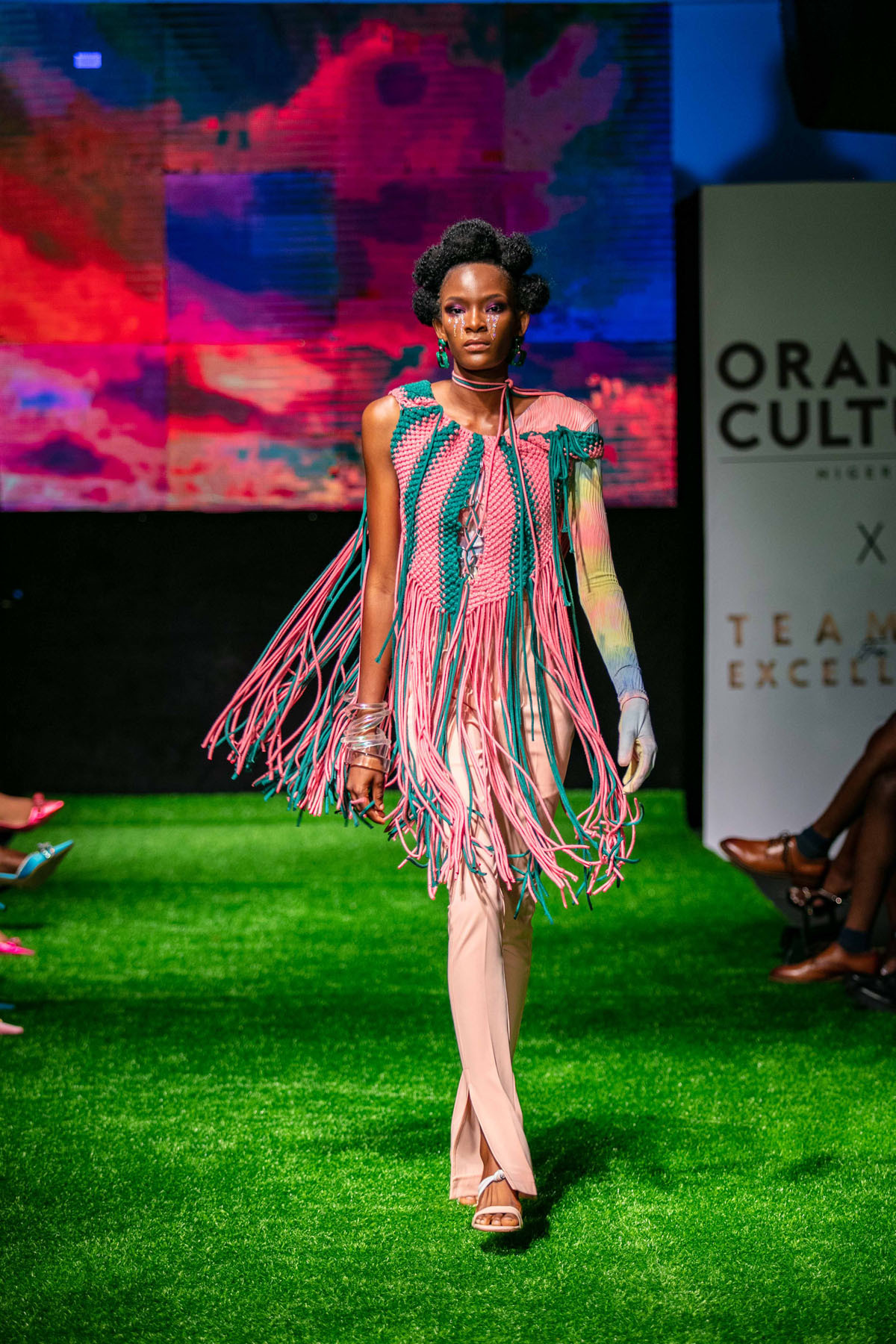 Another one of our favourites from the Nigerian fashion capital is Cynthia Abila, a brand that “aspires to promote the centuries-old techniques of fabric production, hand-beading and adornment by utilising a network of artisans in local communities.” Garments were both chic and widely representative, for the elegant and empowered woman. Standout details include the structured silhouettes and sleeve embellishments, leaving us excited to see more. 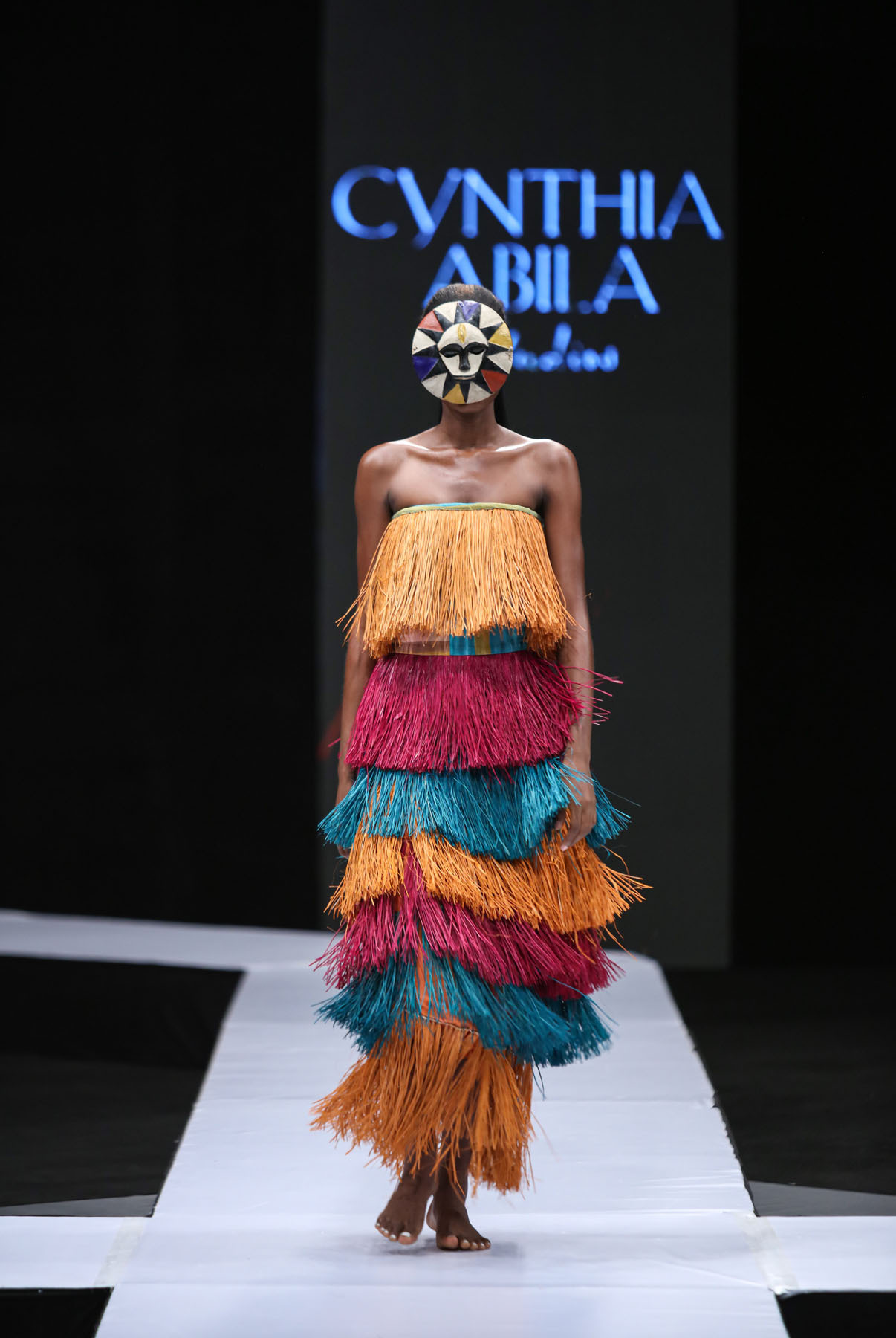 Teleporting down south, to SAFW’s new home at the Mall of Africa where, in-person shows are back in vogue after a few digitally-led seasons. One of the hottest tickets was the Fashion Bridges installation. Through the Italian Embassy, Camera Nazionale della Moda Italiana, Polimoda and SAFW, four young local designers (including Fikile Sokhuthu, one of our favourites – featured in the main image) were paired with four Italian designers to craft innovative and intriguing collections. Two worlds collided and the result was mesmerising, from the exploration of Memory by Sipho Mbuto and his counterpart, Alessia Dovera, to the story of the Nomad, told on the runway by Michael Peter Reid (his brand is Xavier Sadan) and his Italian partner, Domenico Orefice. It’s the kind of global partnership that plants seeds for exciting things to come. 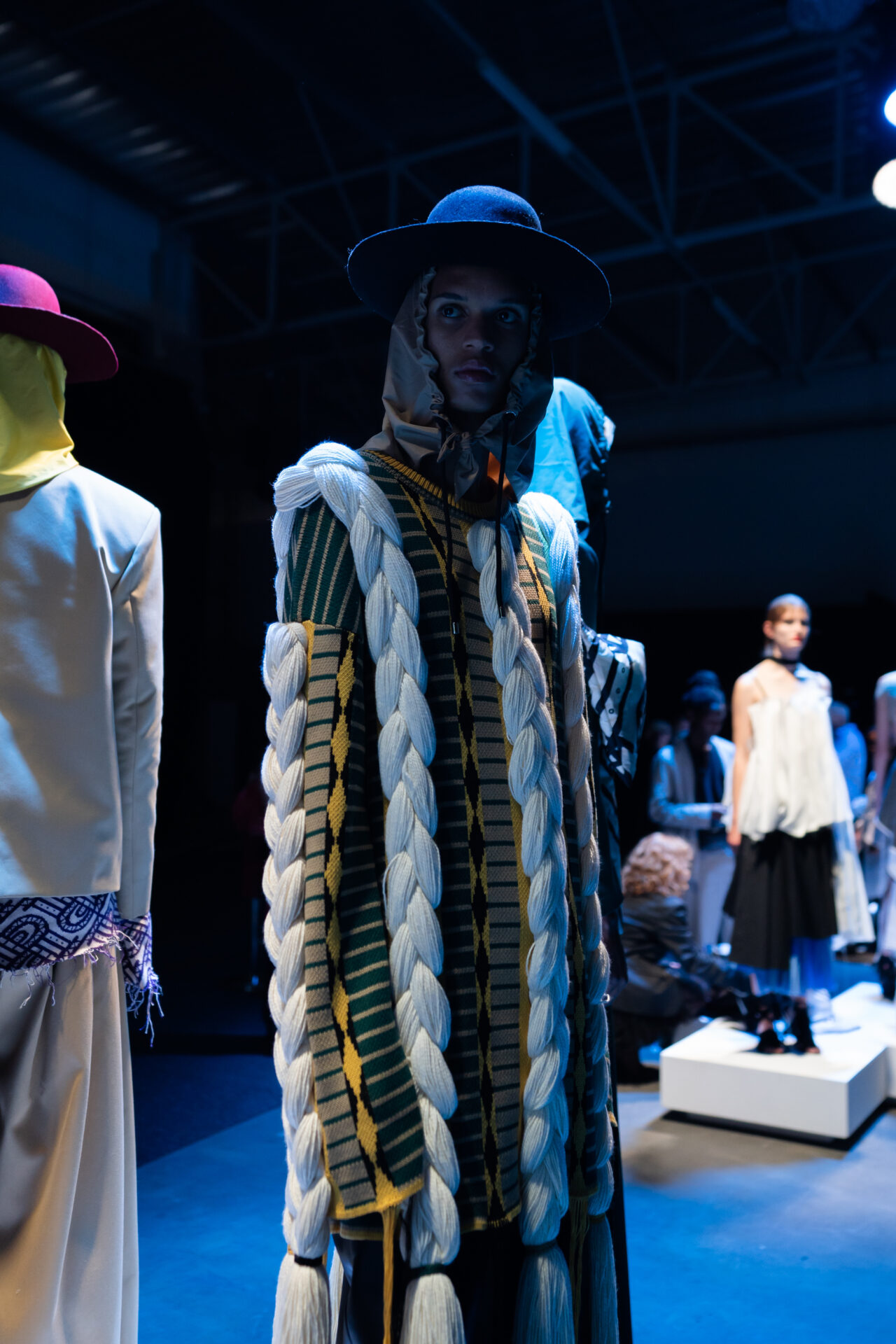 Jacques Bam, the fourth in the Fashion Bridges installation and designer of The Bam Collective, showed on the runway too, with a collection titled ‘Absurdism’. No one else is creating like Jacques – from the joyous patterns and intricate silhouettes to the delightfully ostentatious finale gown blooming in blue – and everyone should be paying attention. 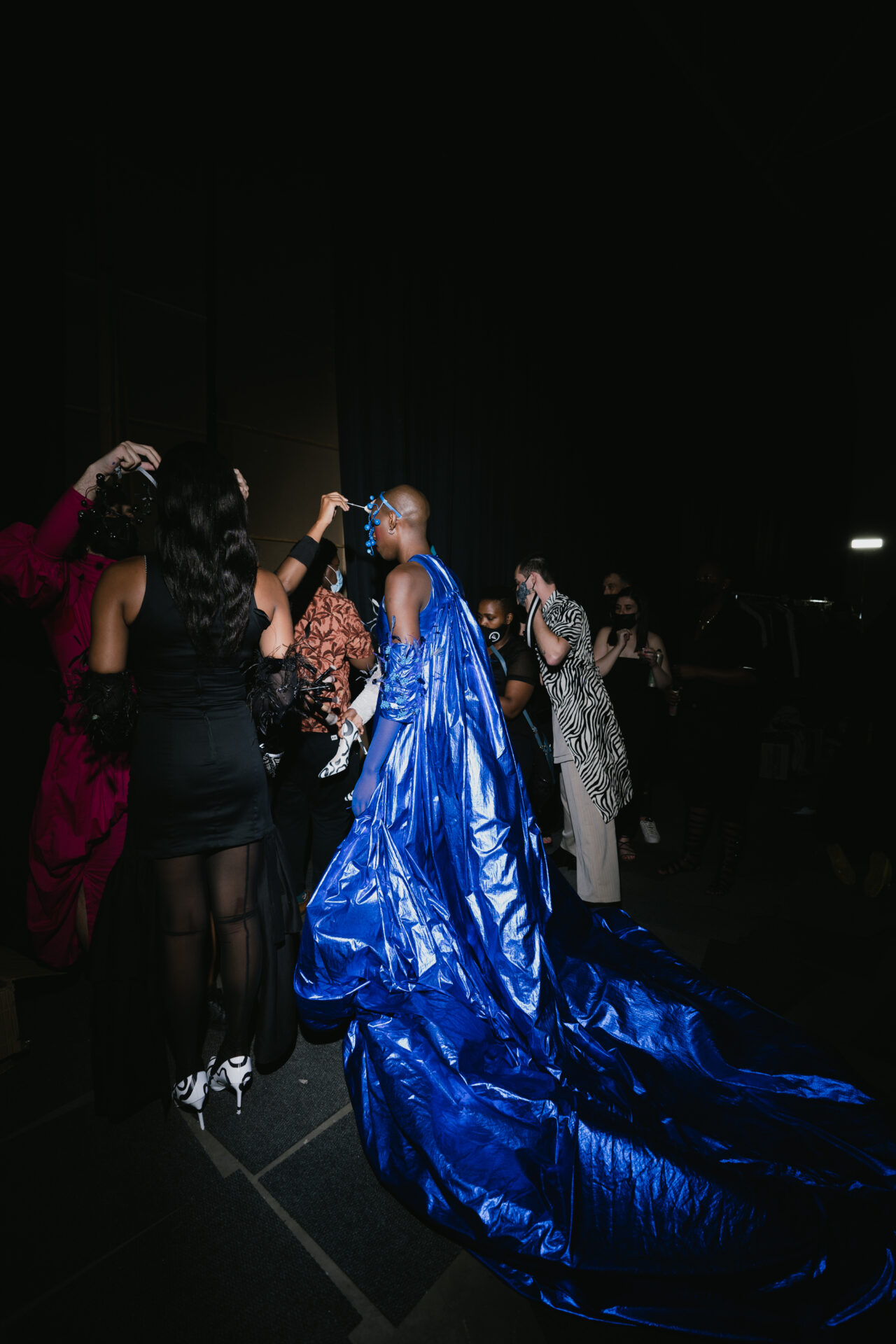 Another highlight was Thabo Kopele’s collection, The Lifestyle Studies, using crisp white textiles (like linen and cotton) to tell the story of the Vaal region in Gauteng – the designer’s home. Labels like Thebe Magugu have shown us the powerful impact of looking inward for inspiration, and stories like these bode well for the industry as a whole. 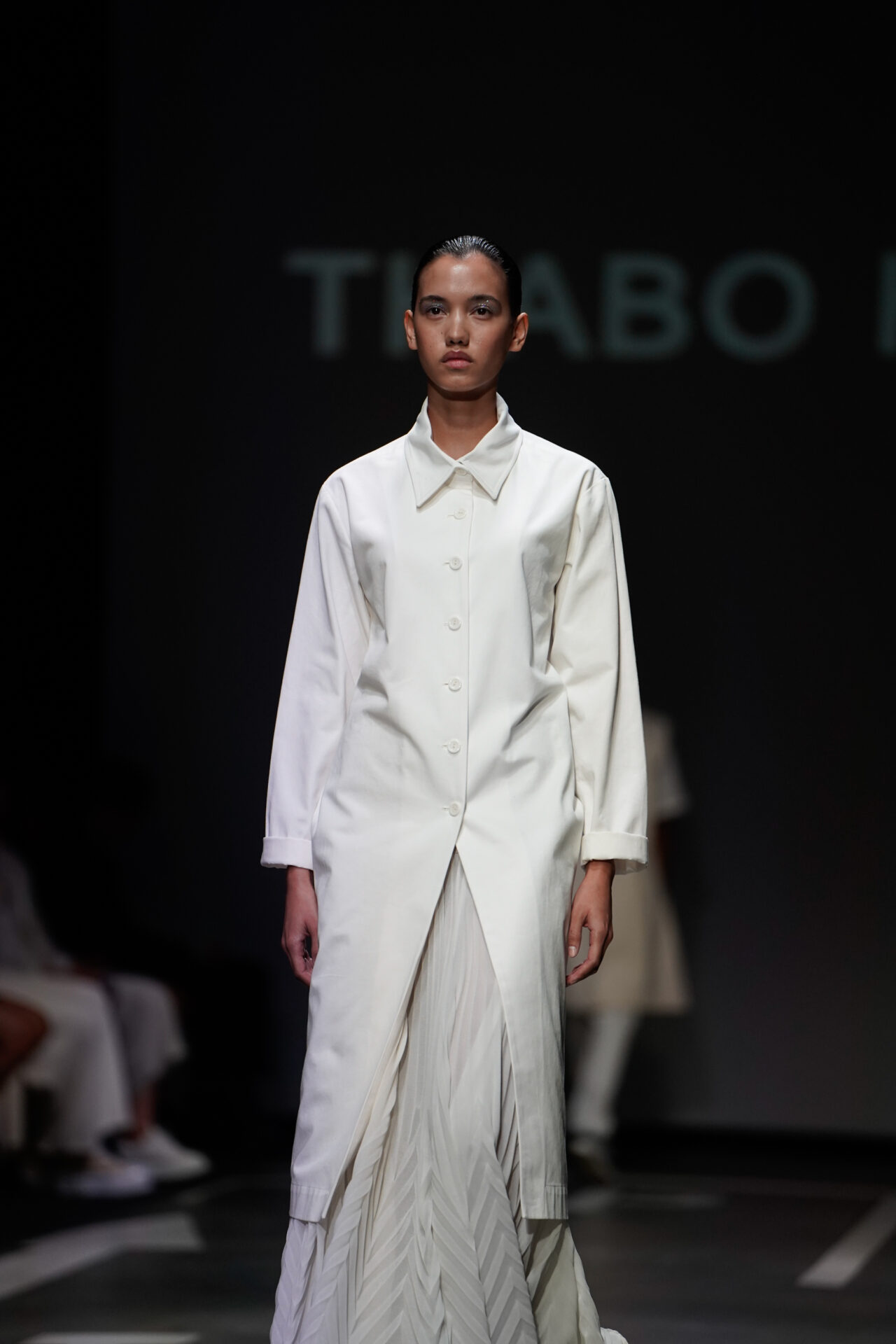 Jumping on the highway from Midrand down to Johannesburg, we turn our eyes to AFIFW, in particular our favourite show from this platform: the AFI Fastrack showcase. Young designers are given space on the platform and receive mentorship, each competing for a prize – it’s the same competition that announced Thebe Magugu and Rich Mnisi to the world. This season, we saw finalists Siyabonga Mtshali, Keneuoe Mhletswa, Shamyra Moodley and Cheron Dreyer present capsule collections, each with a unique voice and vision. Remember these names – we certainly will.

The last weekend of October was fashion’s biggest on the African continent for the year. An obvious pushback against the trials we’ve faced over the past few years, overall collections seem to share a similar message of hope, joy and community. Now, that’s a message we can all celebrate. 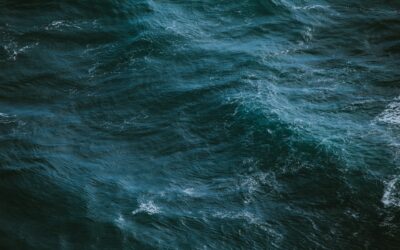 The third annual Twyg Sustainable Fashion Awards, which will be held on Thursday 18th of November, celebrate and... 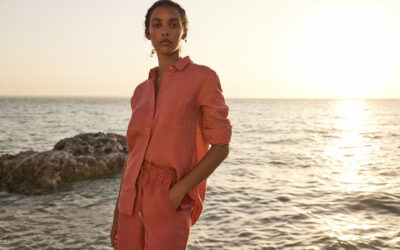 Country Road has a clear vision to embed sustainability throughout its business. Sustainability is not just a gimmick... 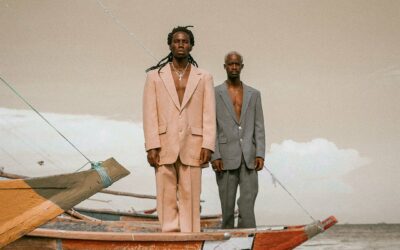 Meet Urban Pitchaz, a collective of four contemporary artists based in Nairobi, Kenya. The artists are focussed on...