Peter Ryan has been studying the impact of plastic on marine life since the 1980s. Here he explains why The Beach Co-op, WWF South Africa and Twyg are challenging South Africa to give up certain plastics this July. Peter is the director of the Percy FitzPatrick Institute of African Ornithology at UCT and the scientific advisor for The Beach Coop. Ed

I’ve been monitoring beach litter since the 1980s trying to find out what impact, if any, ingested plastic had on seabirds. My research was prompted by the growing number of records of plastic being found in the stomachs of birds, such as albatrosses and petrels. At that time, no-one knew anything about the volumes of plastic in the ocean around South Africa. I decided to go on a road trip to find out how much plastic was washing up on our beaches. I’ve repeated this survey every five years. The eighth survey will take place in 2020.

A lot has changed over the last three decades, not least the intensity of coastal development. Packaging has also become more “sophisticated”. We now have sports drink bottles that need a lid for their lids, and sweets are wrapped individually, even though they come in a plastic bag. Such redundancies didn’t exist in the 1980s. They have caused the litter stream to grow even faster than our burgeoning human population. But that’s not the topic of this blog.

The point I want to make is I have lots of experience with beach litter. I know that collecting it can be rewarding, but counting and weighing each item and checking the manufacturer’s marks to learn the origin is a full-time job. Such data does provide invaluable information on how we’re failing to manage our solid waste properly, but it’s not the kind of thing most volunteers want to do. Most people are happy to have a coffee or go for a surf after picking up litter for a couple of hours. Hence the birth of the Dirty Dozen.

Founder of The Beach Co-op Aaniyah Omardien wanted her organisation’s cleanups to generate more than awareness and a short-term respite from the flood of litter washing ashore. She wanted to contribute useful data on the extent of the plastic “problem” and help to assess what measures taken to tackle the problem were making a difference. The Dirty Dozen items were chosen as indicators of the main sources of beach litter from fisheries and ships, local land-based sources and beach users. 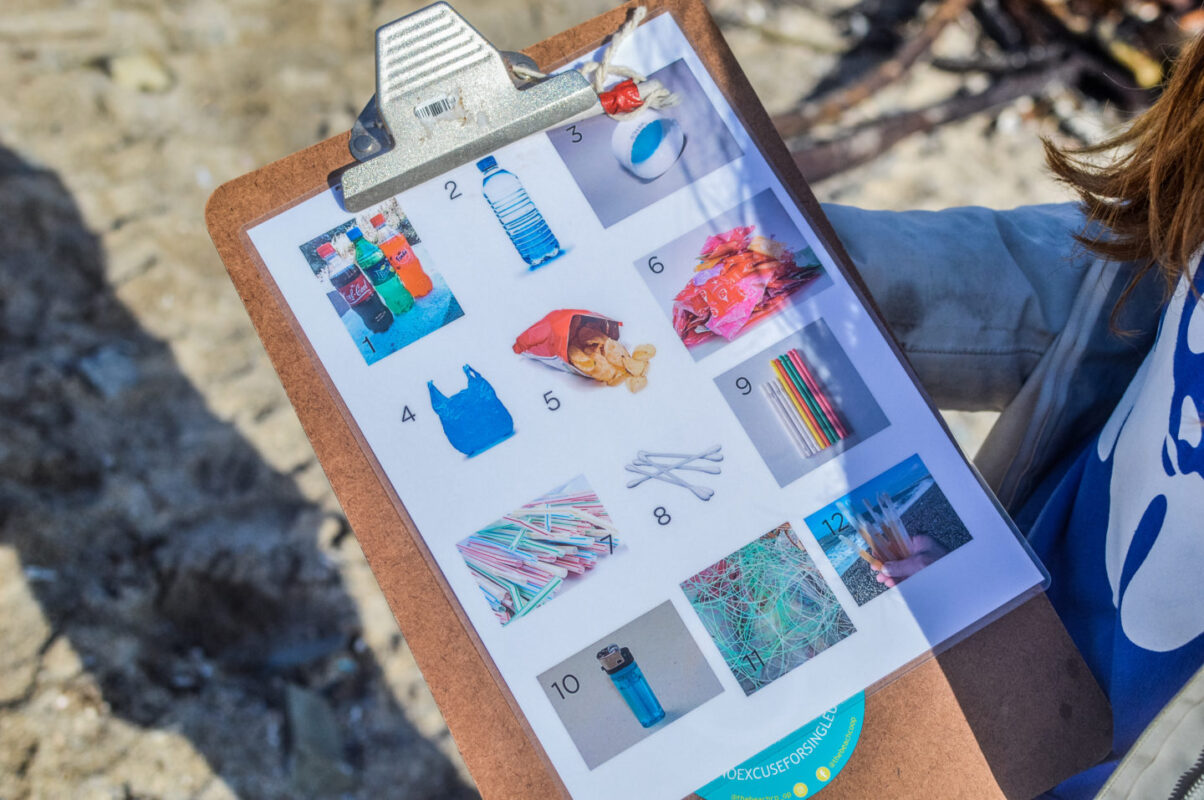 Volunteers recorded more than 100 000 Dirty Dozen items during clean-ups in 2018. We have chosen three times commonly found – chip packets, earbuds and plastic bottles – as our Plastic Free July campaign targets. We’re not advocating giving up plastics – they are an essential part of our modern society, and switching to alternatives in many cases would result in much greater environmental impacts than continuing to use plastics. But there are certain applications where you can just say “No”.

Your plastic earbud stems can turn into lethal weapons, being washed out to sea with sewage and being ingested accidentally by marine animals. Even those that break down add to the microplastic pollution that releases toxic chemicals and tens of thousands of them are washed up on beaches. The Beach Co-op has collected more than 10 000 plastic earbuds on 70 Dirty Dozen beach cleanups in the past two years. Find an alternative if you need to use earbuds. 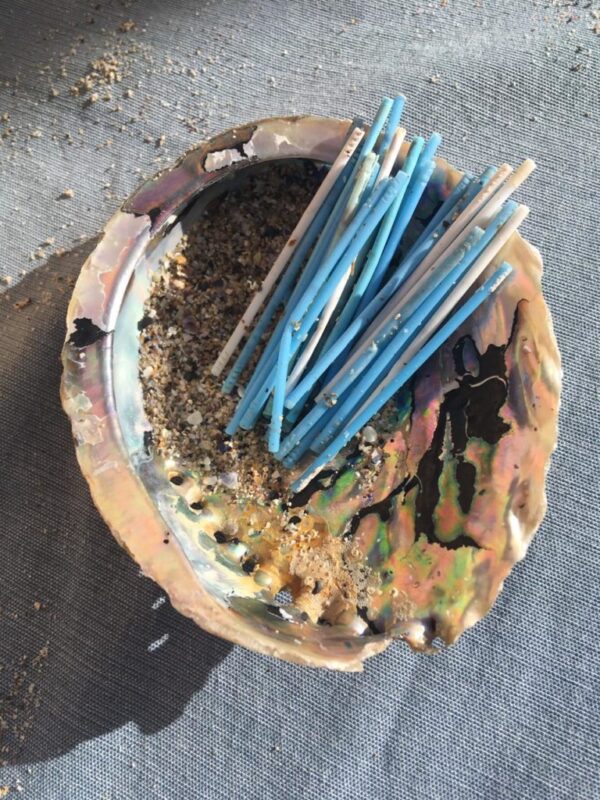 Drink bottles are another sore point. A staggering 60 billion PET bottles are produced each year,, each destined to be discarded within minutes of being bought. At Inaccessible Island – one of the world’s most remote and pristine islands located in the South Atlantic Ocean – the numbers of PET bottles washed up on its beaches are growing faster than any other litter item. Rather carry your own reusable water bottle or buy a can if you’re caught short. Used cans have a higher inherent value and are more likely to be recycled. 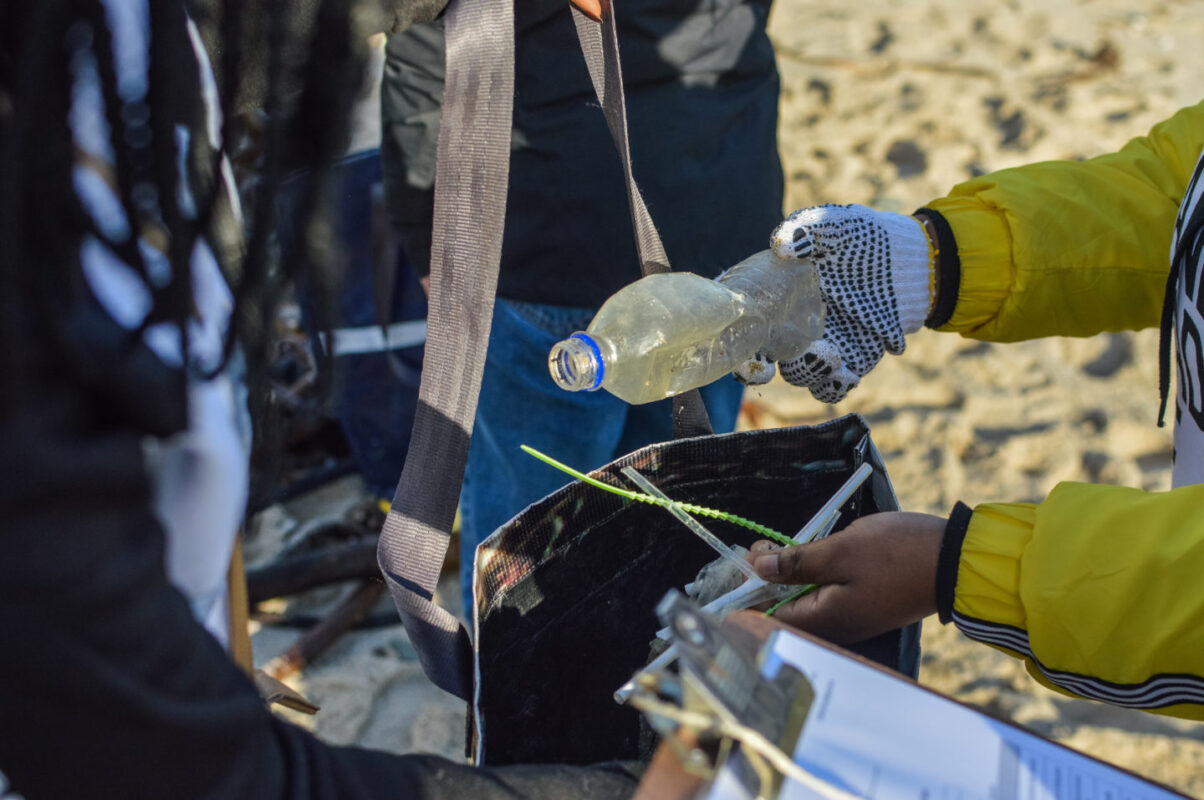 Chip packets are the third target for Plastic Free July. These packets surged from sixth to second on the Dirty Dozen list from 2018 to 2019, behind only sweet wrappers. It seems that many South Africans are addicted to junk food. Having snacked on the go, they drop the packaging wherever they happen to be. Then it’s a short trip via the storm drain to a river and the sea. That chip packets and sweet wrappers feature so prominently in beach litter is an indictment of our eating habits as well as our inability to stop littering.

Producers of convenience foods need to take ownership of the litter problem they are promoting, and invest in sustainable packaging solutions.