Milliner Crystal Birch was given an unusual task for Plastic Free July. Well-known for her eclectic collections of designer hats, Crystal diverged from her core business to create fashion garments from single-use plastic packaging. Not for you and me, though, these garments are for fruit and vegetables. Crystal was delighted with the brief from advertising agency, Saatchi & Saatchi for zero-waste store NUDE FOODS. “Thank goodness they asked me, I love ridiculous briefs and creating funny things that are thought-provoking,” Crystal says. 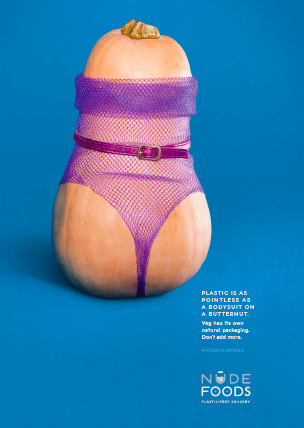 The agency wants to show how unnecessary packaging is for some types of fruit and vegetables. “While the message is serious, the execution is tongue-in cheek with loads of appetite appeal i.e. our fruits look tasty AF,” says creative director, Stephanie Symonds. Photographer David Pryor captured the “models” in their pointless couture, treating the shoot with as much respect as a high-end editorial with fancy cameras, lights and a stylist. 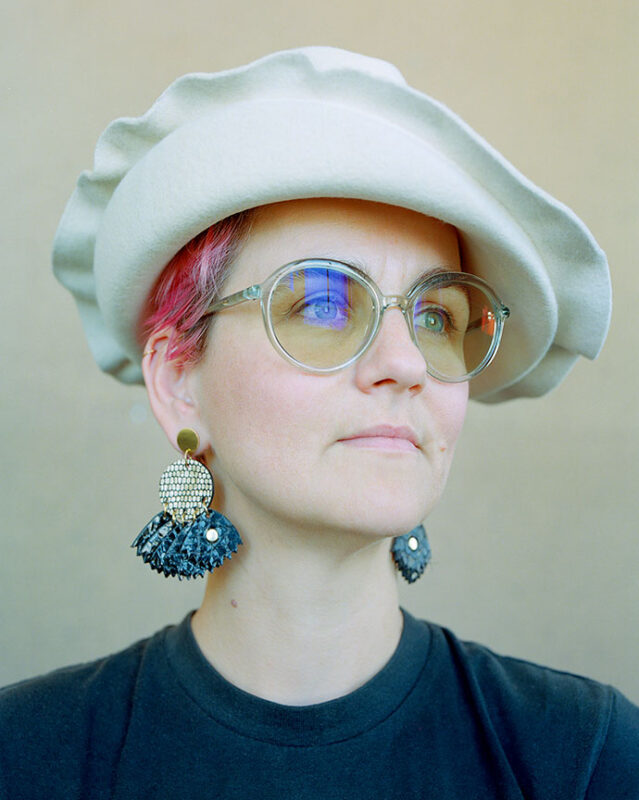 Just like with all her other fashion productions, Crystal worried that the models would not be able to pull off wearing her outfits. The Saatchi & Saatchi team had a clear idea of the fruit and vegetable models they wanted to use and the silhouettes they wanted Crystal to create. But during the making of the garments, Crystal says, this changed. “Our papaya had no ‘neck’ so she was swopped for a more curvy butternut with a booty.”
Making mini garments wasn’t straightforward. It was much harder than Crystal imagined. “I don’t think people realize how much effort goes into making a little puffer jacket for an avocado,” she says. She had to try a few times with the first batch being the hardest to create. “Making them look super chic was really difficult. At first I thought I was going to fail miserably,” she says. 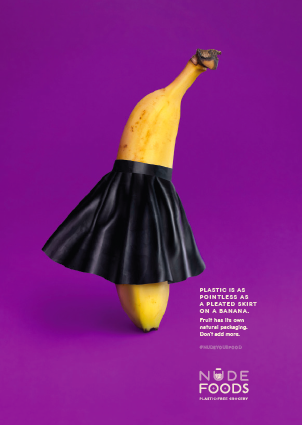 “I had to play around until I got the right balance of clean and modern with the plastic textures, she says. Scavenging for the right kind of rubbish was tricky too. “No wonder we call it rubbish!”
Crystal says, “The time for finding alternatives to plastic is now”. Crystal and her family recycle their plastic, paper, glass and cans waste. She carries re-usable shopping bags, has a soda stream for sparkling water and purifies water so she can reduce buying plastic water bottles. “We support local farmers and makers as much as we can too,” she says. “I feel strongly that if big brands don’t have a conscious label or support local in any way, then we should not support them. We only have one earth, there’s no planet B.” 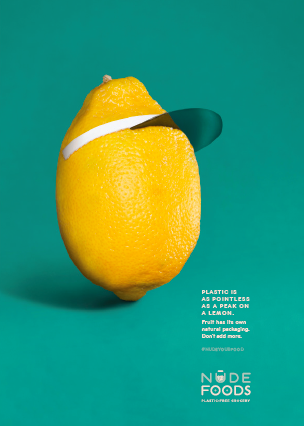 The subject of the campaign, NUDE FOODS is a zero waste store in Cape Town’s city bowl. Since it opened 18 months it has become a hub for sustainably-minded consumers. Owner Paul Rubin was motivated by a frustration with wasteful, over-packaged goods at regular stores and by the fact that no one seemed to be doing anything about it. He has created an exciting grocer stocked with fresh produce from an EU-certified farm in Philippi; eco-friendly home, body and cleaning products; dry goods; honey; olive oil, mostly sold by weight. Paul says that once people start shopping plastic-free, they find it near-impossible to go back to the old alternative. “All it takes is a shift in mind set, and the courage to take that first important step. Once taken, this way of mindful consuming fast becomes second nature.”  The NUDE FOODS campaign rolls out on digital and in print this month. For digital, besides static posts of the fruits and vegetables in their designer outfits, there is a five-part Pointless Documentary about the making of campaign from the initial briefing to the shoot.
Crystal hopes the collection of rubbish clothes will do a couple of things. There is no doubt it will be a conversation starter. “I think people will realize how ridiculous and unnecessary some packaging is.” And, she hopes this will be the start of a fashion scene for fruit and vegetables. 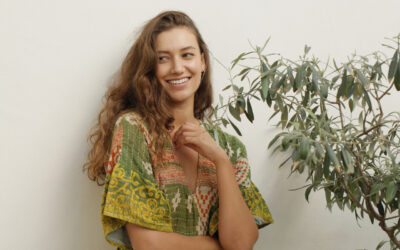 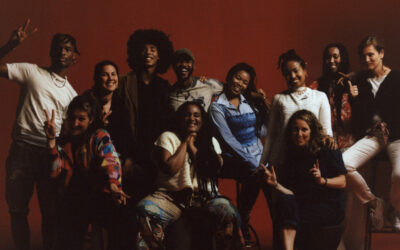 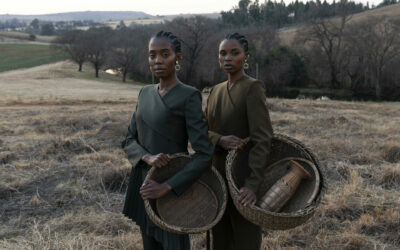