Private planes, mansions and superyachts: Why billionaires have such a massive carbon footprint

Tesla’s Elon Musk and Amazon’s Jeff Bezos have been vying for the world’s richest person ranking all year after the former’s wealth soared a staggering US$160 billion in 2020, putting him briefly in the top spot.

Musk isn’t alone in seeing a significant increase in wealth during a year of pandemic, recession and death. Altogether, the world’s billionaires saw their wealth surge over $1.9 trillion in 2020, according to Forbes.

Those are astronomical numbers, and it’s hard to get one’s head around them without some context. As anthropologists who study energy and consumer culture, we wanted to examine how all that wealth translated into consumption and the resulting carbon footprint.

Walking in a billionaire’s shoes

We found that billionaires have carbon footprints that can be thousands of times higher than those of average Americans.

The wealthy own yachts, planes and multiple mansions, all of which contribute greenhouse gases to the atmosphere. For example, a superyacht with a permanent crew, helicopter pad, submarines and pools emits about 7,020 tonnes of CO2 a year, according to our calculations, making it by the far worst asset to own from an environmental standpoint. Transportation and real estate make up the lion’s share of most people’s carbon footprint, so we focused on calculating those categories for each billionaire. 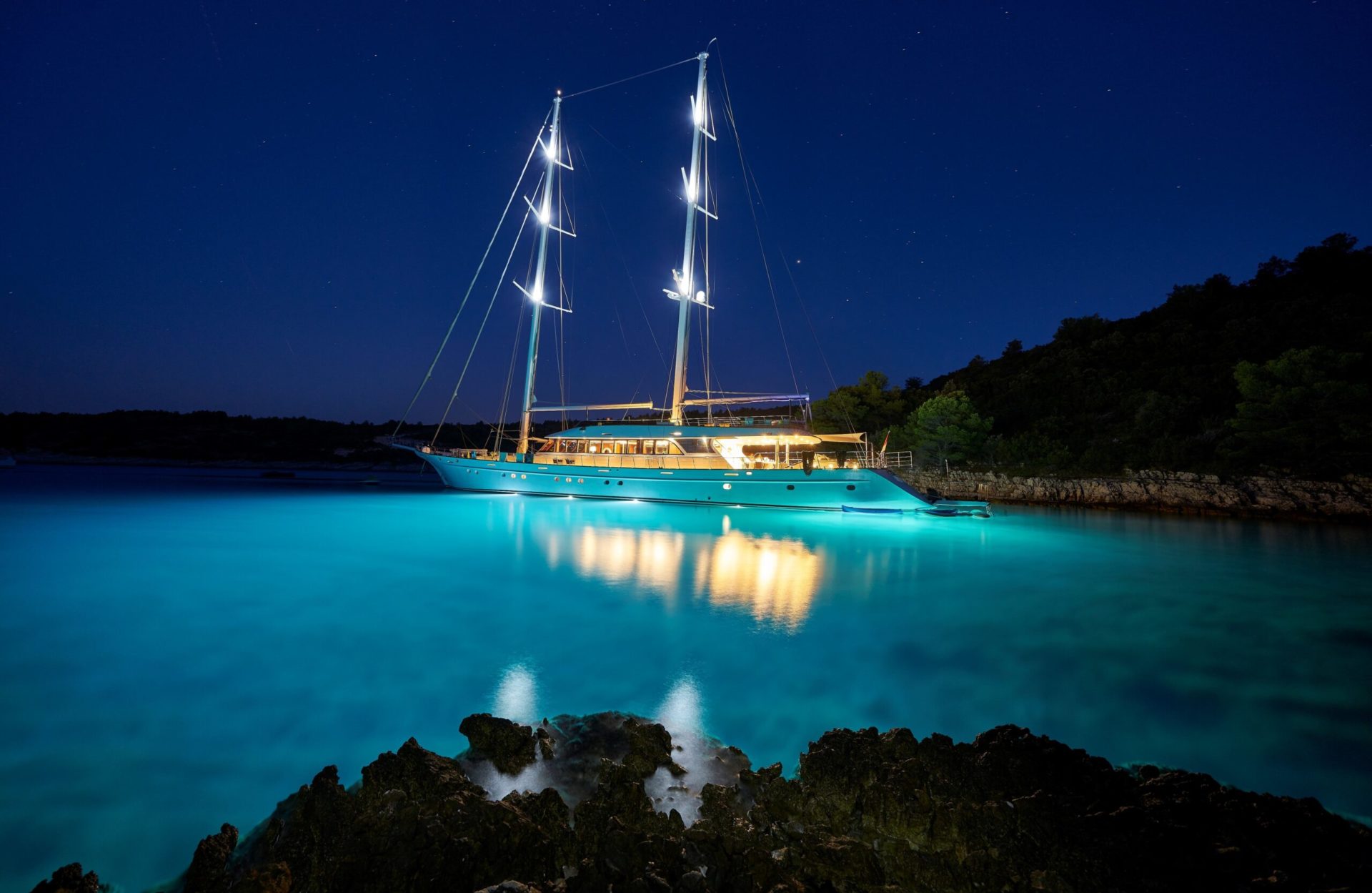 To pick a sample of billionaires, we started with the 2020 Forbes List of 2,095 billionaires. A random or representatives sample of billionaire carbon footprints is impossible because most wealthy people shy away from publicity, so we had to focus on those whose consumption is public knowledge. This excluded most of the superrich in Asia and the Middle East.

We combed 82 databases of public records to document billionaires’ houses, vehicles, aircraft and yachts. After an exhaustive search, we started with 20 well-known billionaires whose possessions we were able to ascertain, while trying to include some diversity in gender and geography. We have submitted our paper for peer review but plan to continue adding to our list.

We then used a wide range of sources, such as the U.S. Energy Information Administration and Carbon Footprint, to estimate the annual CO2 emissions of each house, aircraft, vehicle and yacht. In some cases we had to estimate the size of houses from satellite images or photos and the use of private aircraft and yachts by searching the popular press and drawing on other studies. Our results are based on analysing typical use of each asset given its size and everything else we could learn.

We did not try to calculate each asset’s “embodied carbon” emissions – that is, how much CO2 is burned throughout the supply chain in making the product – or the emissions produced by their family, household employees or entourage. We also didn’t include the emissions of companies of which they own part or all, because that would have added another significant degree of complexity. For example, we didn’t calculate the emissions of Tesla or Amazon when calculating Musk’s or Bezos’ footprints.

In other words, these are all likely conservative estimates of how much they emit.

To get a sense of perspective, let’s start with the carbon footprint of the average person.

Residents of the U.S., including billionaires, emitted about 15 tonnes of CO2 per person in 2018. The global average footprint is smaller, at just about 5 tonnes per person. [The average South Africa carbon footprint is 8.9 tonnes per capita, among the highest per capita emissions in the developing world.]

In contrast, the 20 people in our sample contributed an average of about 8,190 tonnes of CO2 in 2018. But some produced far more greenhouse gases than others.

Roman Abramovich, who made most of his $19 billion fortune trading oil and gas, was the biggest polluter on our list. Outside of Russia, he is probably best known as the headline-grabbing owner of London’s Chelsea Football Club.

Abramovich cruises the Mediterranean in his superyacht, named the Eclipse, which at 162.5 meters bow to stern is the second-biggest in the world, rivalling some cruise ships. And he hops the globe on a custom-designed Boeing 767, which boasts a 30-seat dining room. He takes shorter trips in his Gulfstream G650 jet, one of his two helicopters or the submarine on his yacht.

He maintains homes in many countries, including a mansion in London’s Kensington Park Gardens, a chateau in Cap D’Antibes in France and a 28-hectare estate in St. Barts that once belonged to David Rockefeller. In 2018, he left the U.K. and settled in Israel, where he became a dual citizen and bought a home in 2020 for $64.5 million.

We estimate that he was responsible for at least 33,859 metric tons of CO2 emissions in 2018 – more than two-thirds from his yacht, which is always ready to use at a moment’s notice year-round.

Bill Gates, currently the world’s fourth-richest person with $124 billion, is a “modest” polluter – by billionaire standards – and is typical of those who may not own a giant yacht but make up for it with private jets.

Co-founder of Microsoft, he retired in 2020 to manage the Bill and Melinda Gates Foundation, the world’s largest charity, with an endowment of $50 billion.

In the 1990s, Gates built Xanadu – named after the vast fictional estate in Orson Welles’ “Citizen Kane” – at a cost of $127 million in Medina, Washington. The giant home covers 6,131 square meters, with a 23-car garage, a 20-person cinema and 24 bathrooms. He also owns at least five other dwellings in Southern California, the San Juan Islands in Washington state, North Salem, New York, and New York City, as well as a horse farm, four private jets, a seaplane and “a collection” of helicopters.

We estimated his annual footprint at 7,493 metric tons of carbon, mostly from a lot of flying.

South African-born Elon Musk, CEO of Tesla Motors and SpaceX, has a surprisingly low carbon footprint despite being the world’s second-richest person, with $177 billion – and he seems intent on setting an example for other billionaires. He doesn’t own a superyacht and says he doesn’t even take vacations. We calculated a relatively modest carbon footprint for him in 2018, thanks to his eight houses and one private jet. This year, his carbon footprint would be even lower because in 2020 he sold all his houses and promised to divest the rest of his worldly possessions.

While his personal carbon footprint is still hundreds of times higher than that of an average person, he demonstrates that the superrich still have choices to make and can indeed lower their environmental impact if they so choose.

The value of naming and shaming

The aim of our ongoing research is to get people to think about the environmental burden of wealth.

While plenty of research has shown that rich countries and wealthy people produce far more than their share of greenhouse gas emissions, these studies can feel abstract and academic, making it harder to change this behaviour.

We believe “shaming” – for lack of a better word – superrich people for their energy-intensive spending habits can have an important impact, revealing them as models of overconsumption that people shouldn’t emulate.

Newspapers, cities and local residents made an impact during the California droughts of 2014 and 2015 by “drought shaming” celebrities and others who were wasting water, seen in their continually green lawns. And the Swedes came up with a new term – “flygskam” or flying shame – to raise awareness about the climate impact of air travel.

Climate experts say that to have any hope of limiting global warming to 1.5 degrees Celsius above preindustrial levels, countries must cut their emissions in half by 2030 and eliminate them by 2050.

Asking average Americans to adopt less carbon-intensive lifestyles to achieve this goal can be galling and ineffective when it would take about 550 of their lifetimes to equal the carbon footprint of the average billionaire on our list. 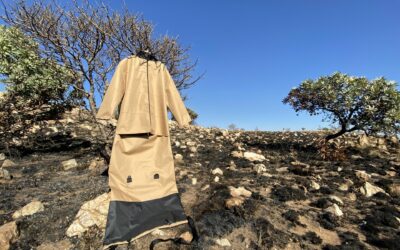 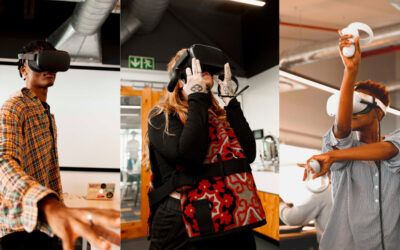 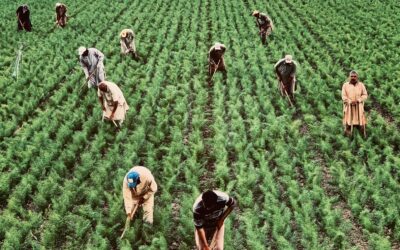