Legalising the budding hemp industry will help it bloom

Did you know that the hemp plant is a carbon sequestrator? Did you know that hemp needs less water to grow compared to other plants commonly grown for textiles? Did you know it can be grown largely without pesticides and herbicides? Yet, despite it being legal to smoke dagga at home, it is not legal to grow hemp, for any of its more than 25,000 industrial applications which could unlock an industry with a potential value of ZAR27 billion (±US$1.9 billion) annually.

Products made from hemp include clothing, nappies, rope, canvas, fuels, chain lubricants, biodegradable plastics, paper, cement blocks, food, cosmetics, soap…  Ayanda Bam of Friends of Hemp South Africa says, “We currently import and sell these products in South Africa. But if we would like to grow the plant, produce and sell the very same products that we’re importing, we would be classed as drug-dealers”.

Friends of Hemp South Africa wants to change this by raising money to challenge the legal status of the plant. “Our mission is to liberalise hemp and to catalyse its development in this country. We see hemp as part of the post-COVID economic recovery story.”

Sibusiso Xaba, co-founder and CEO of ACA Group said at a recent webinar hosted by the University of Pretoria that the global cannabis industry is worth more than $300bn (R4,3tn). According to the Prohibition Partners the South African cannabis industry could be worth ZAR27 billion annually by 2023.  It also reports that World Health Organisation experts estimate South Africa is the third largest illegal cannabis producer in the world, cultivating some 2,500 tonnes of cannabis per year.

Ayanda warns of a “gold rush” and says that the interests of smallholder and rural farmers have to be protected. Sibusiso Nongwanya from the Eastern Cape Department of Rural Development and Agrarian Reform says, “We can’t leave the most vulnerable South Africans behind when it comes to the need for this industry to be established. People [in the Eastern Cape] have been growing and surviving from selling this plant for generations, but it has always been illegal.”

“We want to make sure that this indigenous knowledge can empower these farmers in a commercial industry,” Sibusiso told Ground Up.

Cannabis, hemp or dagga… no need to be confused

Cannabis refers to the plants in the genus Cannabis, which includes species commonly known as hemp and dagga.  The Cannabis genus is indigenous to Central and upper South Asia. While the hemp and dagga (marijuana) plants look similar, the dagga plant is bushier than hemp. They both contain hundreds of plant compounds including tetrahydrocannabinol (THC) with psycho-activity qualities and cannabidiol (CBD) with anti-anxiety qualities. Hemp has 0.3% or less THC, meaning hemp-derived products don’t contain enough THC to create the “high” traditionally associated with dagga.

Hemp is mainly cultivated for its fibre and seed. Dagga has such a low fibre content that it is not suitable for fibre production. Hemporium’s Philippa Mohr says, “South Africa definitely has the means to create a successful industry: we have willing farmers, the perfect climate, and demand for product. But we need government to create an environment that would see commercial scaling up and investment into the processing industry.”

It may not be as simple as growing and making a joint, but industrial hemp needs to become legal to unlock its economic potential and for its regenerative qualities to be put to more use.

Ayanda says to apply for one of these licences is costly. He says, it costs about R22k for the licence and another R300k to prepare for the licence application. To grow, and produce a compliant pharmaceutical product you’re talking about a minimum of investment of R50 to R70 million. And which South African is going to be able to participate in that?”

The hemp agri-business remains illegal despite President Cyril Ramaphosa saying that the government will open up and regulate the commercial use of hemp products in 2020. “The regulatory steps will soon be announced by the relevant ministers,” he said in his February 2020 state of the nation address.

Since then, there has been no change to the legal status of hemp. Maybe it is because so many parts of government are involved: Rosalind Lake director of the legal company Norton Rose Fulbright explains, “In South Africa, the regulation of current and possible future uses of cannabis involves many stakeholders, including SAHPRA and the Departments of Health; Agriculture, Land Reform and Rural Development; Trade Industry and Competition; the South African Police Service, and the Legislatures to name a few.”

Friends of Hemp South Africa, a non-profit organisation, is working to decriminalise hemp and have it declared an agricultural crop. To facilitate its legal challenge, the organisation recently launched a fund-raising campaign. Attorney and Friends of Hemp South Africa co-founder Sophia Richter says, “We will challenge two pieces of legislation.  The first one is the Drug Act, which criminalises the entire dagga plant. The second is the Medicines Act which attempts to define what hemp is but uses a definition that is unreasonable or unjustifiable…. there is no scientific evidence to how they got to the definition.”

In a statement, Friends of Hemp South Africa points out that many countries are investing in hemp industries, “creating meaningful jobs, up-skilling and repurposing labour, reinvigorating their industrial landscapes, and ensuring that their citizens have access to tools that can help them shape a self-sufficient and brighter future.” South African citizens, on the other hand, are currently denied these opportunities.

Friends of Hemp South Africa is preparing to lodge an application to the High Court seeking a declaratory order that (i) industrial hemp (non-psychoactive) is not a narcotic/drug, and (ii) the “definition” of industrial hemp is arbitrary and unreasonable.

Ironically, despite its status as an illegal product, the South African government has prepared a masterplan for the cannabis industry. The masterplan, still in draft form, provides a framework for the development and growth of the South African cannabis industry in order “to contribute to economic development, job creation, inclusive participation, rural development and poverty alleviation”. The 47-page document explains both the historical uses of the plant, global legal status and its biological properties. It sketches an implementation plan for the industry.

Ayanda says, “It’s a very thin document in terms of content…. it is not very clear, no accountability, no timelines.” Philippa says, “We would have preferred more stakeholder engagement before they published the draft as there could have been improvements made. But we have passed comment.”

The plant’s myriad uses makes it a very versatile plant. As a fabric, Tony Budden of Hemporium says, “It’s three times stronger than cotton, and lasts longer. The more you wear it the softer it gets. It’s a hollow fibre, which makes it breathable. It is anti-bacterial.” Since it’s an annual plant, it can’t be truly invasive. “It doesn’t spread very far from where it is planted and then it dies off in the winter”.

CSIR’s Yoseph Beyene told Agribook, that hemp’s deep roots aerate the soil. “It works well as a rotational crop and soil rehabilitator, soil erosion preventor, cash generator, and organic crop enhancer. The hemp crop is labour-intensive, low input, high-yielding, a beneficial companion crop to pineapple and chicory. The commercial production of this crop has great potential for job creation in rural areas. The development of traditional agriculture based crops such as hemp would help encourage the rural regeneration and small-scale rural industries.”

Environmental impacts of 6 types of fibres

To find out more about Friends of Hemp South Africa visit the website here. 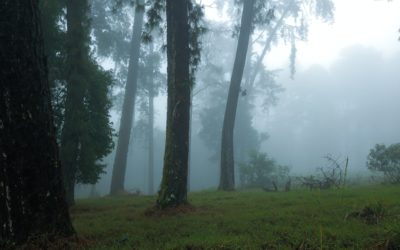 Climate change is a moral issue 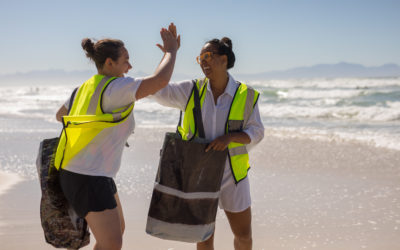 After recent big ocean swells, SA’s beaches have become clear evidence of a plastic crisis. We collected two bags of... 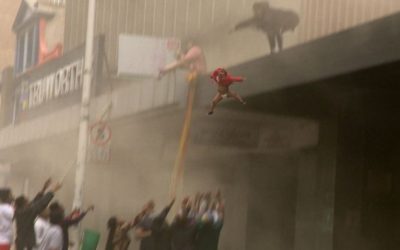 Already thousands of words have been written as reporters, commentators and analysts try to make sense of a week in...