Damned if we don’t

Wrapped in post-consumer plastic, Rati Lekalakala imagines being an animal in the same situation. This is not much of a stretch of her imagination: high concentrations of plastic materials have been found blocking the airways and stomachs of hundreds of  species. Plastic is often ingested by turtles and dolphins that mistake it for food. 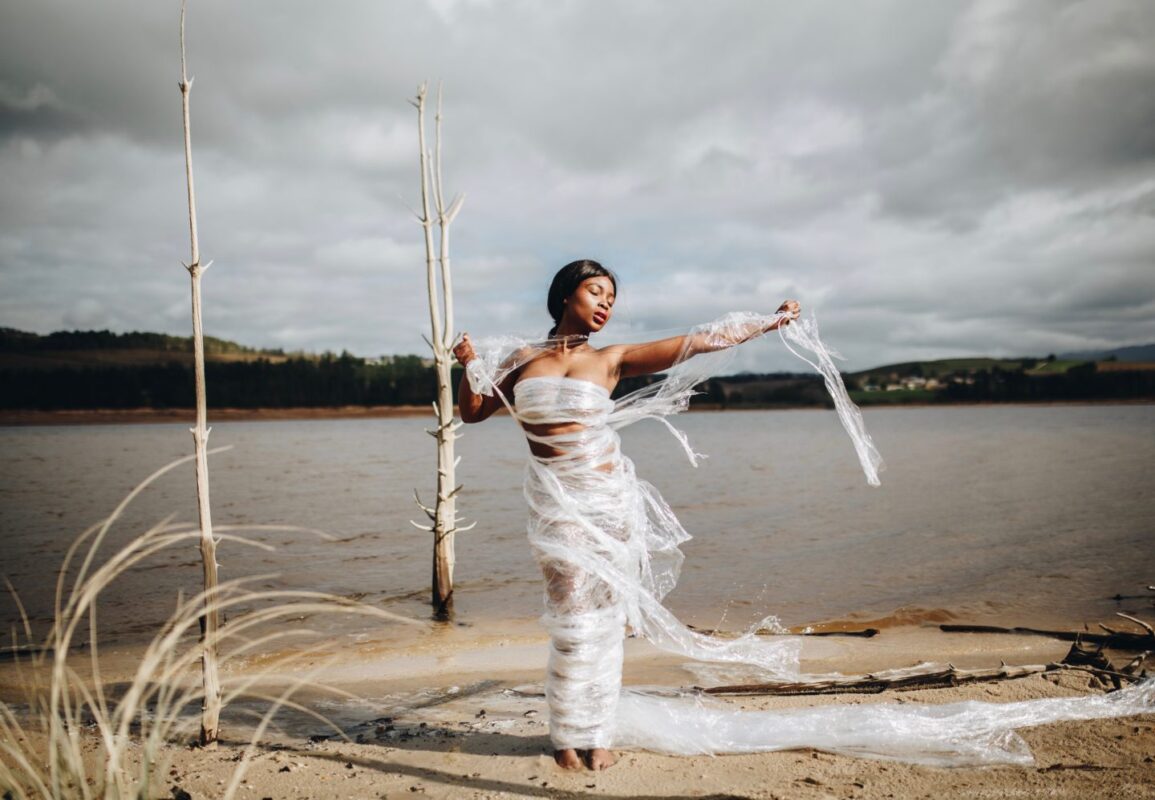 Since its invention in the early 1900s, humanity has had a great plastic party. Plastic has a great number of uses and is cheap and easy to manufacture. It also lasts a very long time. We use it in almost all aspects of our lives. We paint our faces with plastic glitter when we go dancing. We sleep on it. Our beauty products are stored in it. We suck fluids with it. And we are almost certainly ingesting it.

Recent research done by the North-West University shows that Gauteng’s drinking water is contaminated by plastic microfibers. Greenpeace campaigner, Will McCullum says scientists have found plastics almost everywhere they have searched in the ocean. In his book, How to Give up Plastic, he writes that over 90% of sea birds have plastic in their guts. Which means that it has entered our food chain. And we have no idea yet what this means for us, humans. 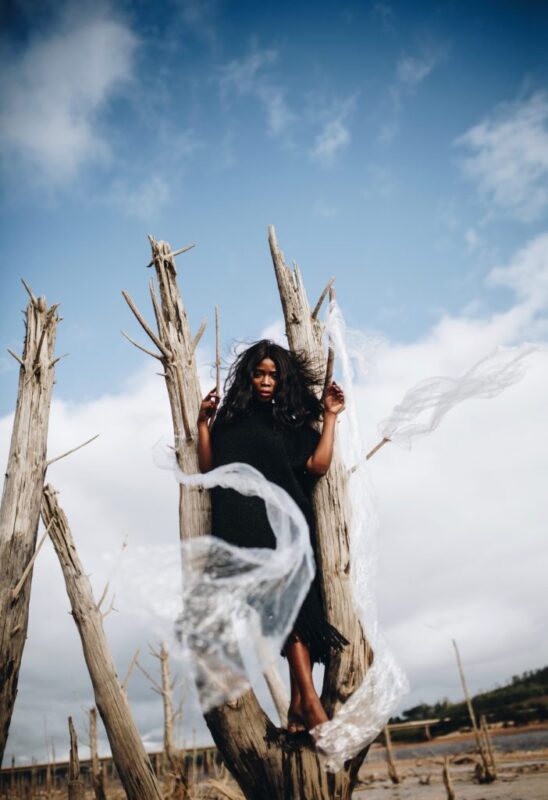 Wrapping Rati in the man-made product and using Theewaterskloof Dam above Franschhoek valley, in the Western Cape, as a location for this shoot is intended to link human actions and plastic pollution to climate and the environment. A few months ago, photographs of the near-empty dam shocked the world and it become a symbol of Cape Town’s drought. Although the dam has filled up to just over 50%, it will continue to remind us of how vulnerable we are in the face of climate change.

With these images, Rati and the all-women team at The Algorithm creative studio intend to “evoke emotion and inspire positive change within our society. People often turn a blind eye to socio-economic and environmental issues.” Rati, who is a vegan and sustainable lifestyle influencer, “wanted to highlight the vulnerability of animals and what little control they possess over fighting for their lives”.

In association with Two Oceans Aquarium and The Beach Co-op, Twyg magazine is running a social media campaign to amplify the aquarium’s Rethink The Bag campaign. Every day for the month of Plastic Free July, a celebrity has made a public pledge on social media to refuse to buy or use single-use plastic shopping bags. Rati was an ambassador for the campaign, creating awareness throughout the month about plastic and its dangers.

“I have spoken to several people about how single-use plastic affects our oceans, our landfills, the environment as well as human health. We know that plastic is convenient. But this convenience is costing us planet Earth,” she says. 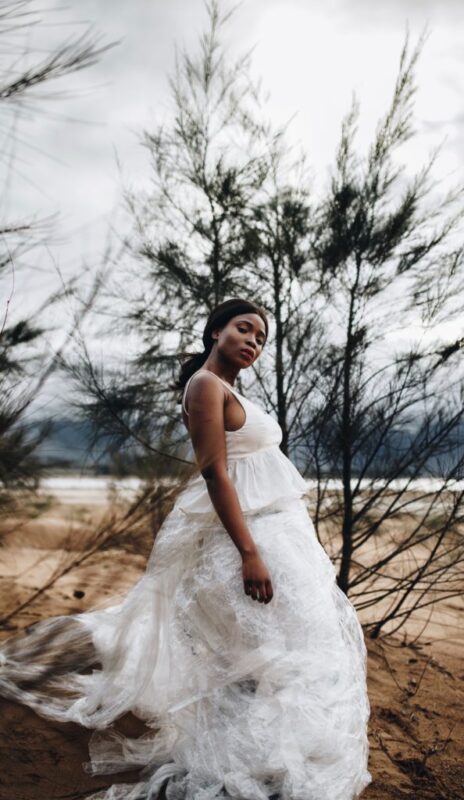 Much of Rati’s work is about encouraging a cultural shift and the unlearning of old habits, which have been ingrained within us. “We need to start being more concerned about the environment and how we are rapidly destroying it.”

The problem of plastic pollution is one that affects us all, and therefore one for which we all share responsibility as individuals but also more importantly, collectively, says Will McCallum. Rati hopes to stir up concern and action that will reduce the use and manufacturing of plastic. Join her and pledge to #RethinkTheBag here.