Artwork ‘Floating, Flying’ Asks That People Be Treated with Respect

Turkana, in the far reaches of Northern Kenya, is a stark, arid region and home to the world’s largest desert lake. The area, long neglected while Kenya instead focussed on its green, agricultural south, is now the centre of a scramble for oil and water. Karamoja in Uganda, rich with gold, limestone and marble, has had a similarly fraught relationship with the agricultural south.  Three artists Elizabeth Korikel, Margy Modo and Chebet Mutai have created a series Floating, Flying, shot in and around the landscapes of Eliye, Lake Turkana to celebrate their heritage, and place.  With all the valuable minerals being found in the region, the artists ask that communities be treated with respect. 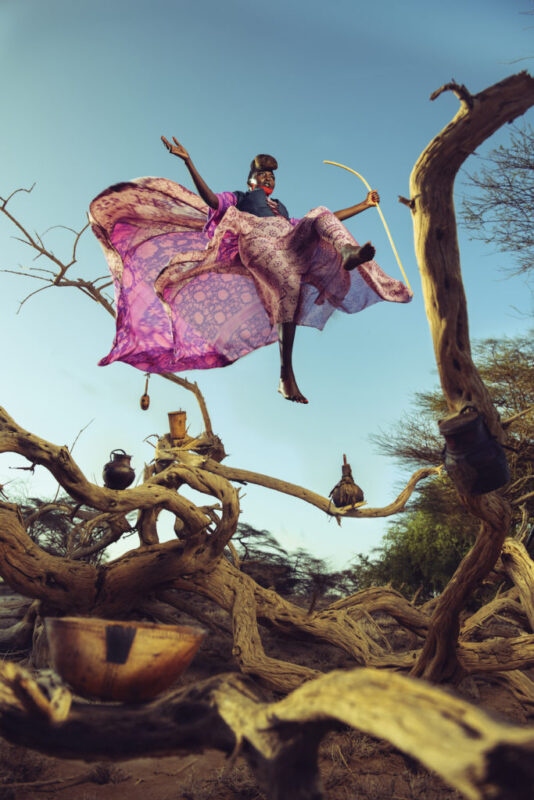 Margy, from Karamoja, creates fashion and beadwork inspired by her heritage; Elizabeth, from Turkana, fuses traditional Turkana and modern bead designs; while Chebet from Nairobi, creates leather bags and home décor items. Floating, Flying is the second project of a yearlong undertaking called The Artists Xchange bringing together artists from Turkana, Karamoja, Kampala and Nairobi. According the project’s press release, these artists are “the custodians of a rich heritage that can inform a uniquely African thinking for what these natural resource finds mean to us”. 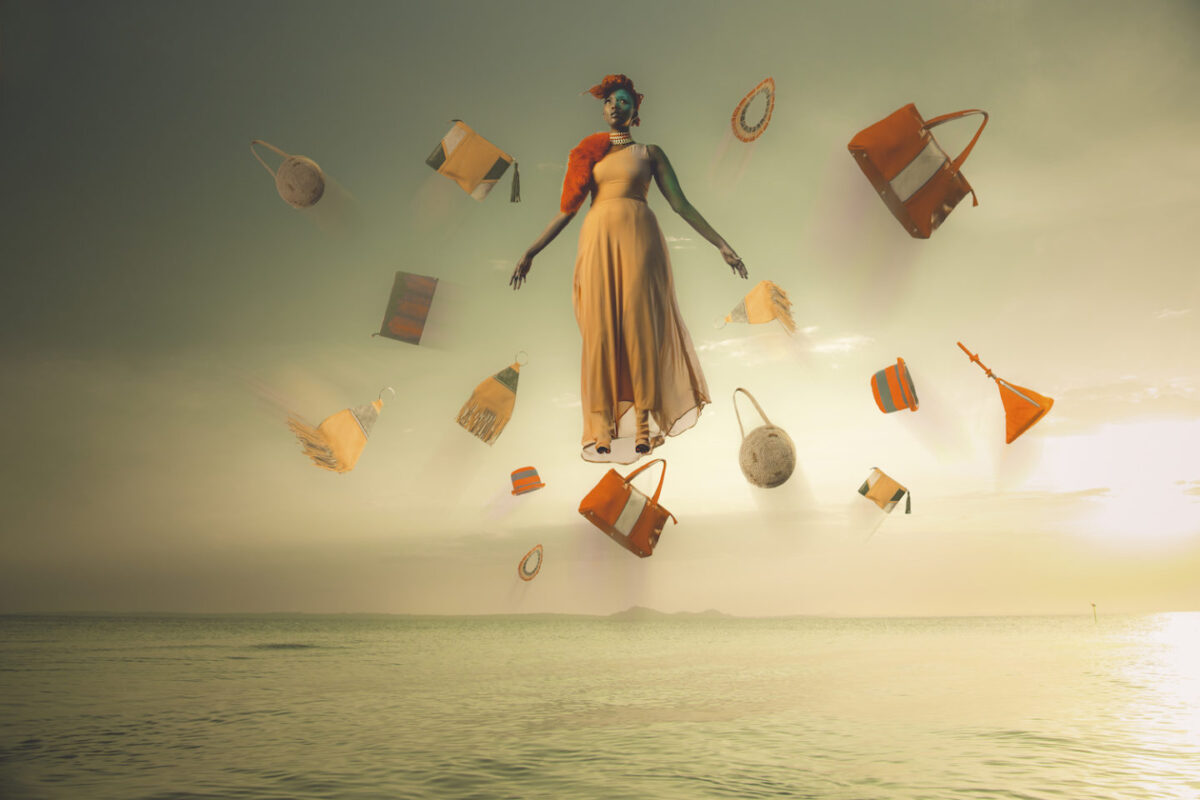 The first project completed by the exchange was a fictional wedding celebration. Elizabeth and Picha Marangi had met on the artists’ exchange programme in Turkana in March 2018. To celebrate their nuptials, they created looks incorporating their shared love for vivid color, Elizabeth’s beading work and Picha Marangi’s redesigned thrifted clothes. Picha aka Stephen Okoth is a photographer and stylist from Kibera, the biggest informal settlement in Nairobi. He is known as “the most colourful and unconventional man in Kibera”. Last year Nathan Collett’s short fashion film about Picha won the best fashion film at the Bokeh Fashion Film Festival. Picha creates his looks using bright second-hand clothes bought from the Gikomba market, which according to the BBC, has hundreds of shops and stalls selling second-hand clothes imported from the US and Europe. Picha uses the clothes he finds at the market and repurposes them into fashionable garments. 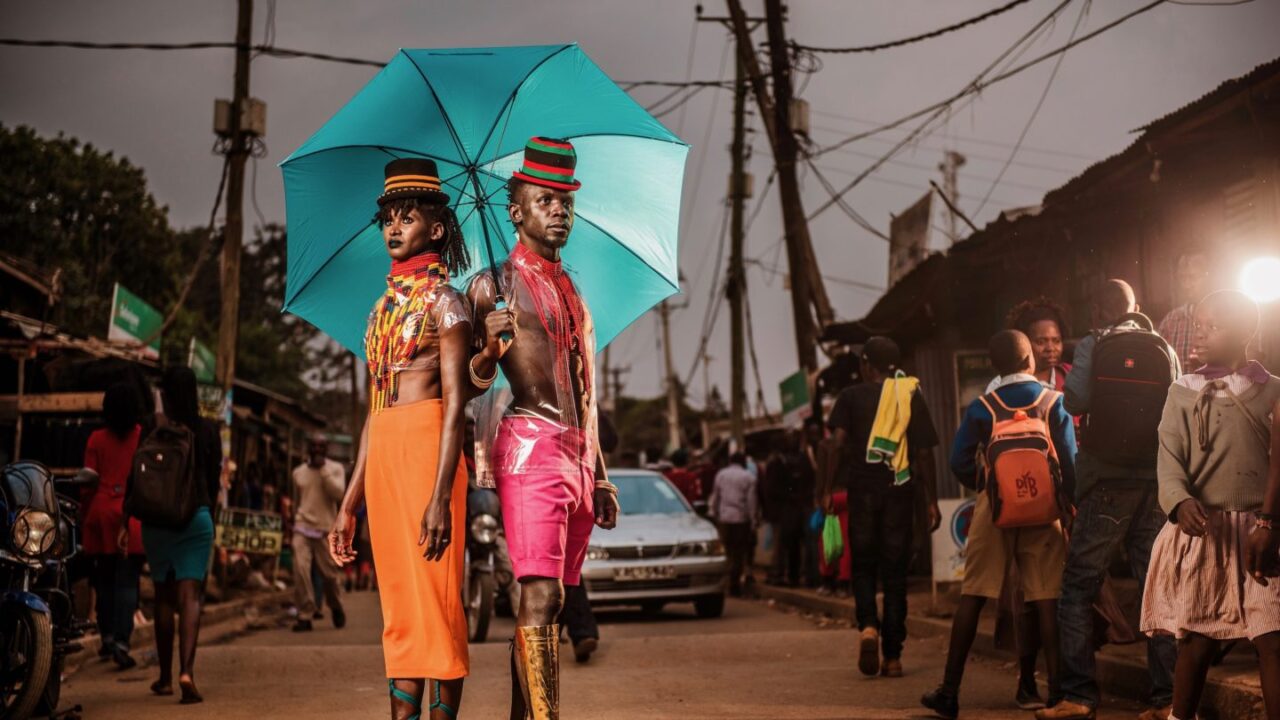 The artists’ exchange project involves a film,Turkana, by Jackie Lebo. It is about the race for resources and documents the changing dynamics of the northern part of Kenya after the discovery of oil. According to Good Pitch the film observes the battle for the soul and the future of Kenya’s great Northern desert country. Aljazeera reports that, “the vast barren area has recently become better known after the discovery of oil and large underground aquifers – but also because of widespread insecurity, including cattle raids and conflicts over resources.”

Production for Floating, Flying was supported by East Africa Arts new Arts new Audiences, a British Council programme connecting artists between Kenya, Uganda, Tanzania, Rwanda, Ethiopia, South Sudan, Sudan and the UK. The work will be presented at the Many Studios Gallow Gate program in October 2019 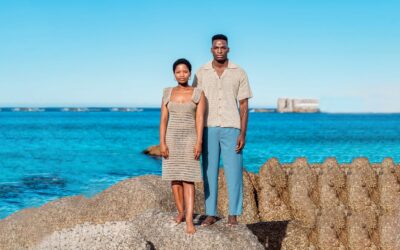 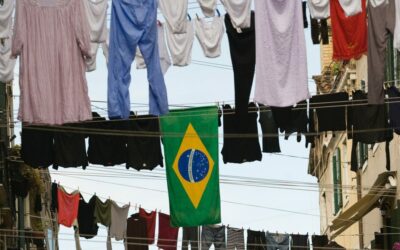 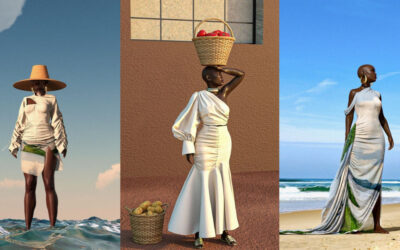