Three ethereal artworks made from plastic bags are currently on display at SMITH Studio, an art gallery in Cape Town’s city centre. Amy Rusch made the pieces “giving time to plastic bags 1-17” as part of a collaborative group show called Calibrating Wonder which addressed art’s capacity to elicit positive change.  She cut 17 post-consumer plastic bags using a pair of scissors, starting in one place, moving through the plastic from one end to the other in hope that the pieces of plastic could, through quite simple actions, become permeable both physically and metaphorically.

Amy often uses plastic in her work in different capacities and spheres to create something of value with the medium, making it more durable and able to “perform many roles, multiple times, not just a single use”. Here she tells us about her projects, what inspires her and describes what she sees using her magnifying lens which she carries with her everywhere: 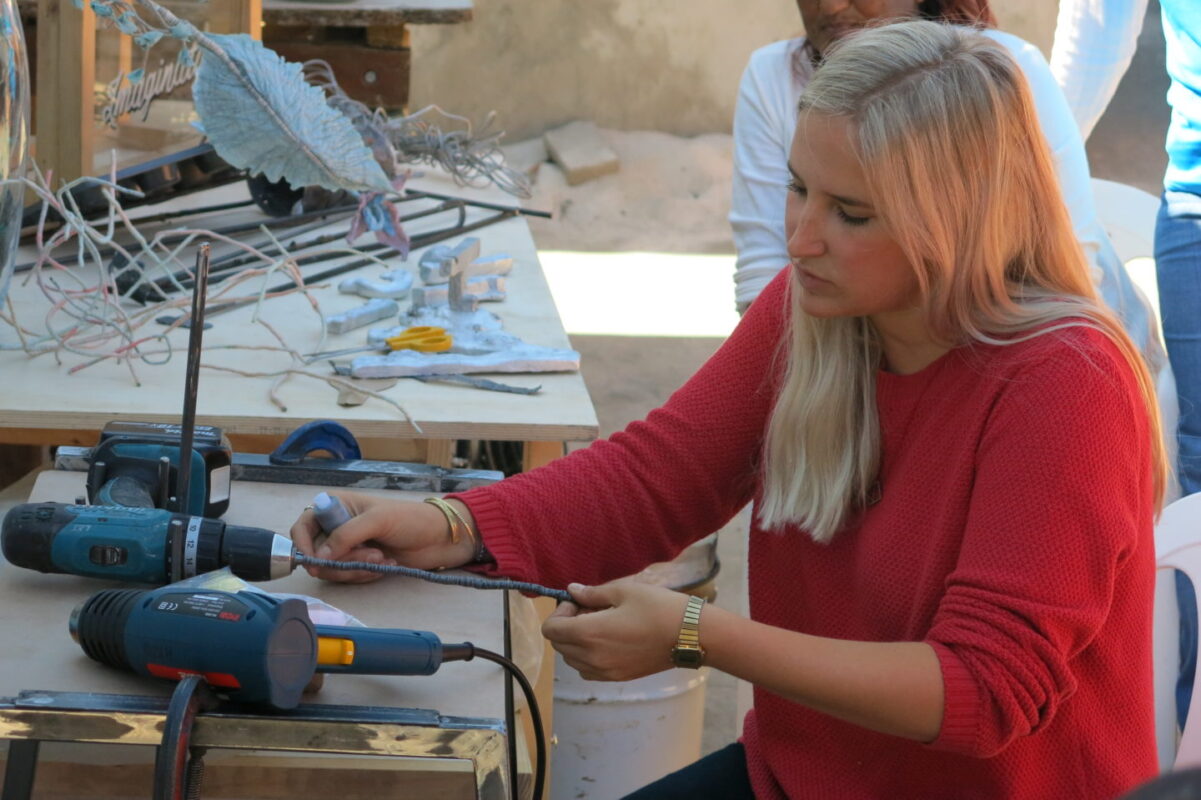 I started collecting plastic bags seven years ago with no particular plan. The making process started with experimentation and play. I wanted to see how far I could push the material. At first I used my hands as tools for twisting and binding, later I moved to a drill for turning and wrapping; melting and heating with a candle shifted to using an iron or heat gun for different results. I have also moved between stitching by hand and using a sewing machine. Creating value in something that normally is discarded after a single use makes me believe in the idea of potential. 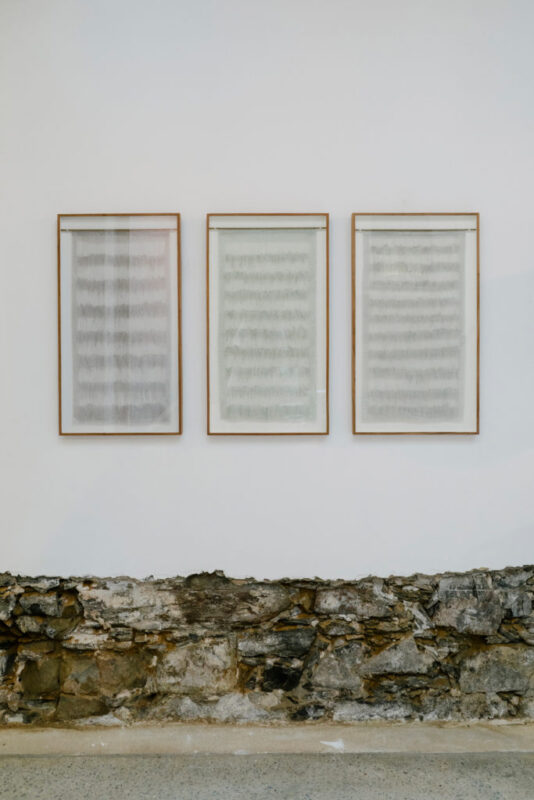 The three works of the triptych were exercises in trying to move faster in the making process, as a result letting go of too much heady questioning and analysing. Using a sewing machine to make the pieces, allowed me to put my foot flat on the peddle and decisions of where to go next had to be made very quickly because of the speed of the machine. Focus could be given to small detailed aspects of the whole. The works were also guided by listening to different pieces of music. Each piece has an element of the music in them along with the motion of the machine. You can chose to see whatever you would like to in the works or nothing at all. Maybe they could free a feeling as opposed to being confined to a specific visual. 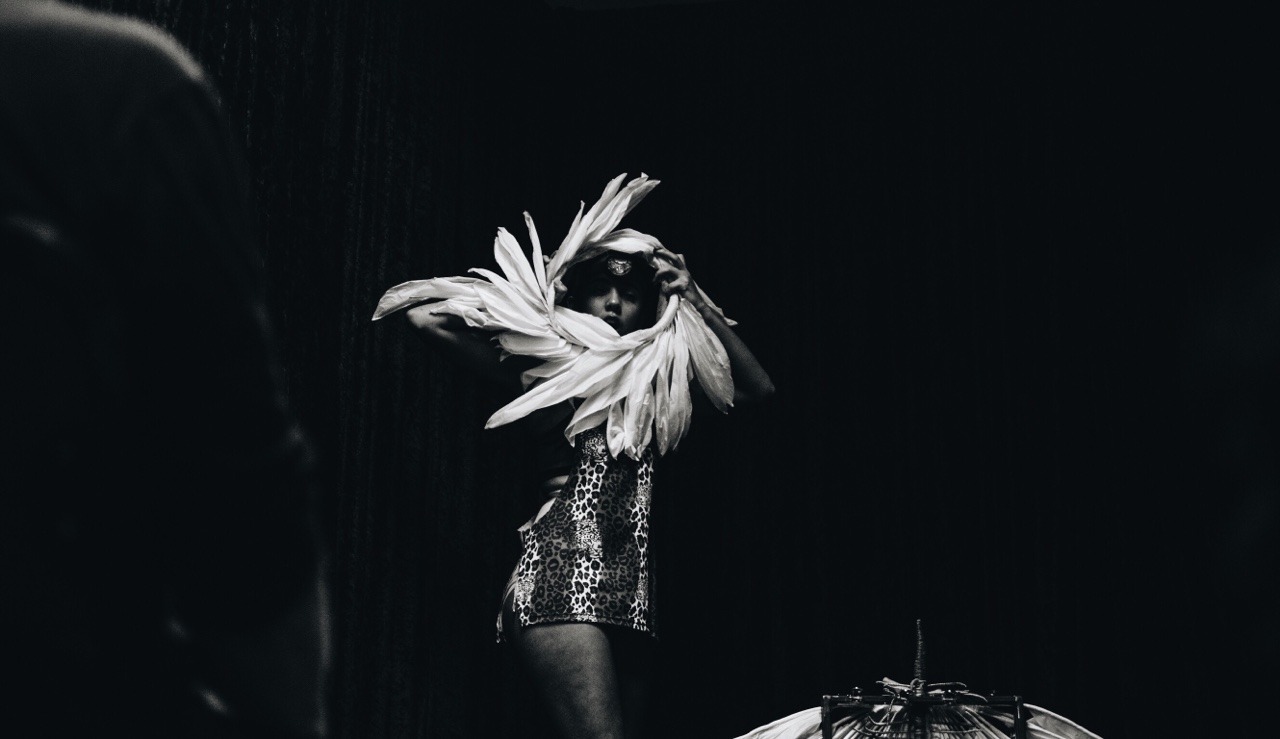 I’ve used waste plastic in the production design of two theatre pieces. The Swan Song was written and performed by Buhle Ngaba at KKNK in April 2017. A set of wings, a neck piece and a sculptural skeletal spinal structure were used as metaphoric symbols. For the theatre piece Holy Contract, performed as part of the Cape Town Fringe festival, I designed and made set elements using plastic packets as well as sculptural costume and prop pieces for several of the characters.

I facilitated and guided a series of workshops in Lavender Hill with the Village Heights community in partnership with the Zandvlei Trust and the Table Mountain Fund. Engaging with children and young adults, we found ways to rework, sculpt and transform waste plastic. There was a strong push towards developing methods of working with the material that could offer a mindset shift, proposing that a chip packet or a plastic bottle could be used to make something of value. This project received a certificate of acknowledgment from the Table Mountain Fund for the contribution towards conserving the Cape Flats as part of the Cape Flats Nature Partners Fund Programme.

I exhibited a series of vessels, new bags made from waste bags as part of Neofuzz, a design show curated by Amy Ellenbogen in November 2017. The exhibit featured 20 African design objects at AKAA, Also Known As Africa Art and Design Fair in Paris. I wanted to find a way, using very simple methods, to make a discarded plastic packet more durable and able to perform many roles, multiple times, not just single use.

I am also currently working on some abstracted stitched pieces using plastic as my base to work into. These are loosely inspired by my close up observations of insects. These will be exhibited at the Agroecology for the 21st Century Conference in January 2019.

This year I worked as a part time lecturer at City Varsity, School of Media and Creative Arts. It was my first year of lecturing and definitely resulted in a whole lot of learning for me too. It has brought my attention to human behaviour and the shift between being a learner and a teacher. It’s been interesting to occupy both roles at the same time. The child-like awe of discovering something for the first time is a feeling I hope never to lose.

Walking has occupied quite a bit of my time this year. At the beginning of the year I went on an archaeological excavation and into the mountains for about two to three hours each day. I made an active decision to continue this on my return to the city.The chance encounters that happen when I walk have been fantastic. A change of pace and slowing things down has done something wonderful to my mindscape: being able to pay closer attention to the smaller details as well as zooming out to see a bigger picture. It almost feels like I have been able to develop another way of seeing through daily practice of walking.

Inspiration comes in many forms. I love getting lost in processes. The actual physical making, usually repetitive and rhythmic, makes space for questioning and thought processing to run in conjunction with the making. Physical environment and mindscape environment provide subject matter to engage with. This year of teaching has resulted in room for making and if not directly related to the work I have produced, has still resulted in being incredibly inspired by the art of teaching and learning.

I go everywhere with the magnifying lens and often stop to look more closely at things. The process is a continual perspective shift for me and has resulted in lots of awe and wonder at the magnificence of our natural environment. I have been focusing on little insects; zooming in on their extreme detail, colour and textures. Even mundane creatures like flies, ants or cockroaches become dreamscapes when viewed up close.

I’m currently reading… Sea Change by Craig Foster and Ross Frylinck. It takes the reader on a journey into the kelp forests of Southern Africa with incredible photographs revealing an almost secret life that is so accessible if one takes the time to explore a bit.

Best place to eat… my parents’ home. My mom is exploring and experimenting with indigenous food plants and there is always something incredible going on in the kitchen. 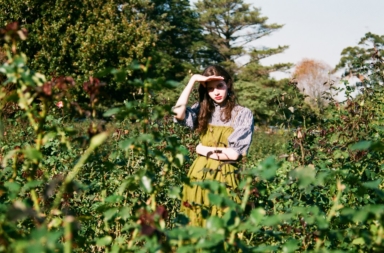 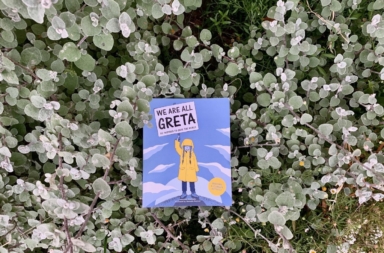 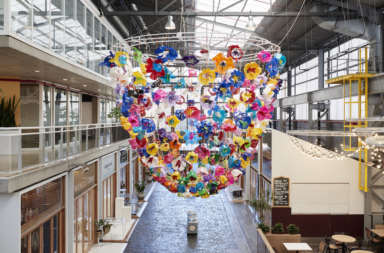